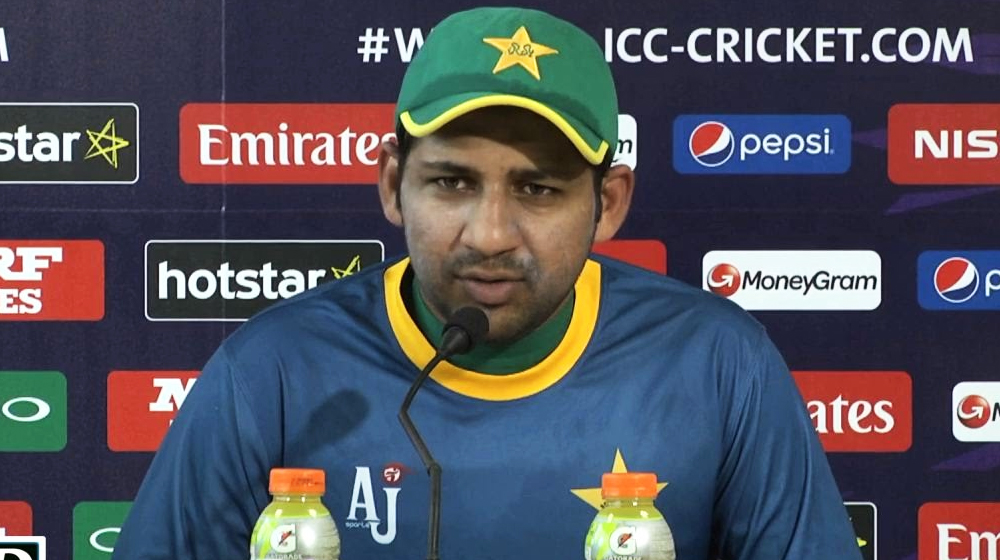 Pakistan skipper Sarfraz Ahmed has complained that in ICC tournaments, India always gets away with batting-friendly and spinning tracks which favor their brand of cricket and are similar to their home conditions.

A leading local daily has reported citing its sources that captain Sarfraz was not too happy after examining the lush green surface dedicated for their game against Australia on Wednesday.

The greentop wicket of Taunton’s County Ground left Sarfraz complaining about ICC’s biases. He said Pakistan always gets pitches which do not suit their style of cricket; however, India enjoys desirable flat and spinning tracks for its games.

“The captain has been wondering as to why the Indians always get wickets which are good for batting and also suitable for spinners. Such wickets suit Asian teams. However, the Pakistan team is almost always made to play on more challenging surfaces in ICC events like the one at Taunton,” said a source close to Sarfaraz.

After having their game washed out against Sri Lanka, the Men in Green will take on pace-heavy Australian side on June 12 at Taunton.

Sarfraz’s worries are not pointless because Pakistan was surprised in their opening World Cup game against West Indies with a greentop bouncy track where the whole team was booked for a mere 105.

However, the bowling coach Azhar Mahmood, who has a vast experience of playing in England, was undeterred with the condition of the wicket. He believed that 48 hours remaining in the game were enough time to ease out this track.

“The wicket will produce runs if the batsmen played sensibly,” he said, admitting that the pitch will also suit bowlers with pace and extra bounce on offer.