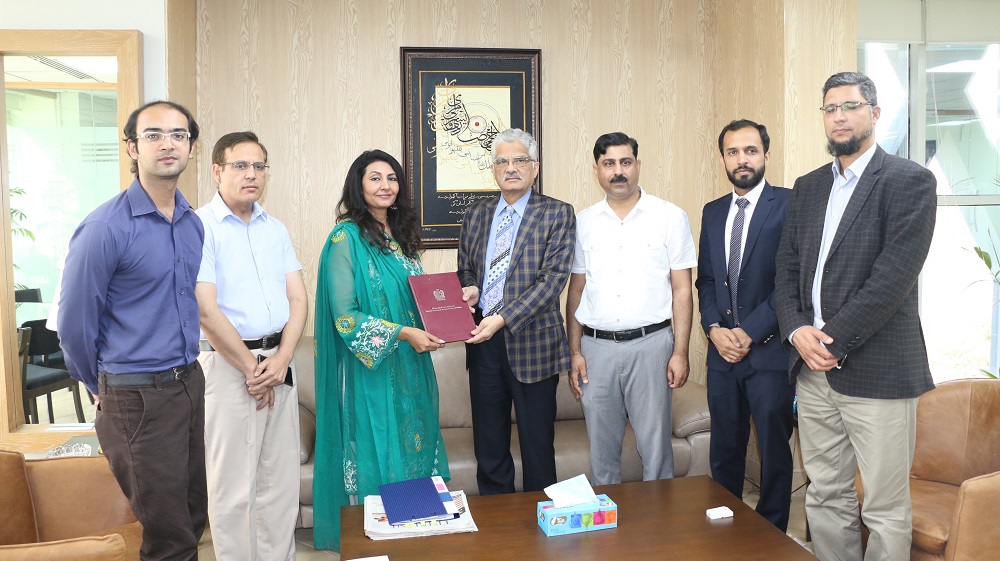 On the occasion, Registrar AIOU Dr. Muhammad Zaigham Qadeer signed the licensing document, while PEMRA was represented by its Director General Wakeel Khan. The license enables the country’s mega-university to run its own Education TV channel and further strengthen its open distance learning system, through the support of the media network.

Later, the document was handed over to the Director Institute of Education Technology (IET), AIOU Ms. Shabnam Irshad Ahmed. The channel will be exclusively used for educational purposes on a non-commercial basis.

The AIOU will be the first educational institution in the country that will have its own tv channel for promoting education.

The Chairman PEMRA appreciated the AIOU for taking the initiative of launching the tv channel, hoping that it would enable it to enhance its access to the common man and focus exclusively on education and other social issues of public interest.

Vice-Chancellor Professor Dr. Zia-Ul-Qayyum thanked the PEMRA for awarding the license. “This,” he said, “is a great breakthrough for the AIOU giving academic support to its more than 1.4 million students through multimedia support.”

According to Director, IET the channel will be launched within a period of one year as per the terms and conditions of the PEMRA.

The satellite bandwidth will be obtained from PAKSAT while uplink and studio equipment will be procured in accordance with the relevant rules.

Launching of this TV channel is a part of the university’s consistent efforts playing its role in promoting quality education in the country through an effective open distance learning system.