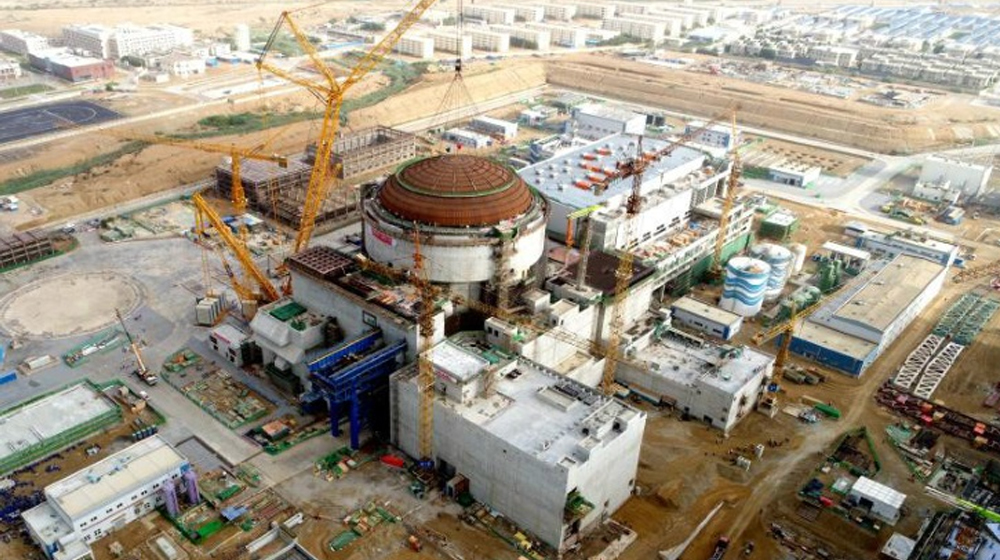 China has completed building the outer safety dome, which is placed at the top of the containment building of the Karachi 2 nuclear power plant in Pakistan.

China National Nuclear Power (CNNP) made the announcement that the dome has been placed on a nuclear reactor and the entire project is scheduled to complete by the end of 2020.

China’s Hualong One comprises a double-layer safety shell design. Along with the inner protective dome, the outer dome protects the reactor and prevents the radioactive materials from releasing into the environment in the face of a serious accident.

“The successful hoisting of the outer safety dome has marked the end of the main structural project of the nuclear power plant, which has created favorable conditions for the overall test and thermal test of the subsequent containment,” says CNNP.

China to Build Military Bases in Pakistan to Protect Its ‘One Belt One Road’: Pentagon

Notably, Karachi 2 and 3 are the first export projects of China’s Hualong One design. The construction of unit 2 started in 2015 while the work on unit 3 began in 2016. The commercial operation of both units is scheduled to start in 2021 and 2022.

It also plans to build the said units in Argentina and Britain.

Nevertheless, according to the CNNC, the four demonstration projects in Pakistan and China are proceeding in an orderly matter and “are the only third-generation pressurized water reactor projects in the world that are being constructed on schedule.”