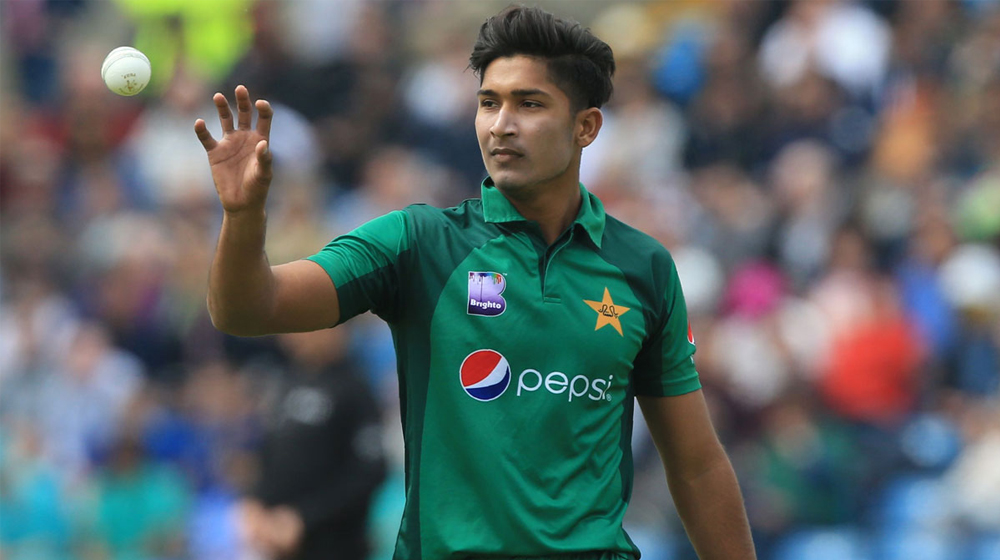 The Pakistan cricket team management is likely to include Mohammad Hasnain ahead of Shaheen Afridi and Hasan Ali due to their poor performances in the on-going World Cup 2019.

Hasan Ali has failed to improve on his form and has been a weak link in Pakistan’s bowling attack since his rise to the top of the bowling rankings last year. Although he performed supremely well in the Pakistan Super League (PSL) 2019, he has not replicated the same for in one-day internationals.

Shaheen Afridi, on the other hand, has been smacked around by various oppositions due to his inconsistent line and length. He also conceded the most runs in PSL 2019 and became the most expensive bowler in the history of the tournament. According to experts, Shaheen Afridi needs to be given a break to overcome his problems.

The 18-year-old Mohammad Hasnain, who bowls at a serious pace, impressed in the PSL 4 as he clicked 150kph multiple times for Quetta Gladiators. He has matured since then and the time spent with the first team has helped him improve immensely.

The Pakistan team management believes that he now deserves a chance as the team can no longer afford to pair Mohammad Amir with bowlers who cannot maintain the same pressure as Amir does from the other end.

The Men in Green need to win all their remaining matches and Pakistan’s next task is to overcome an unbeaten New Zealand team. The match will be played on 26th June at Edgbaston, Birmingham.