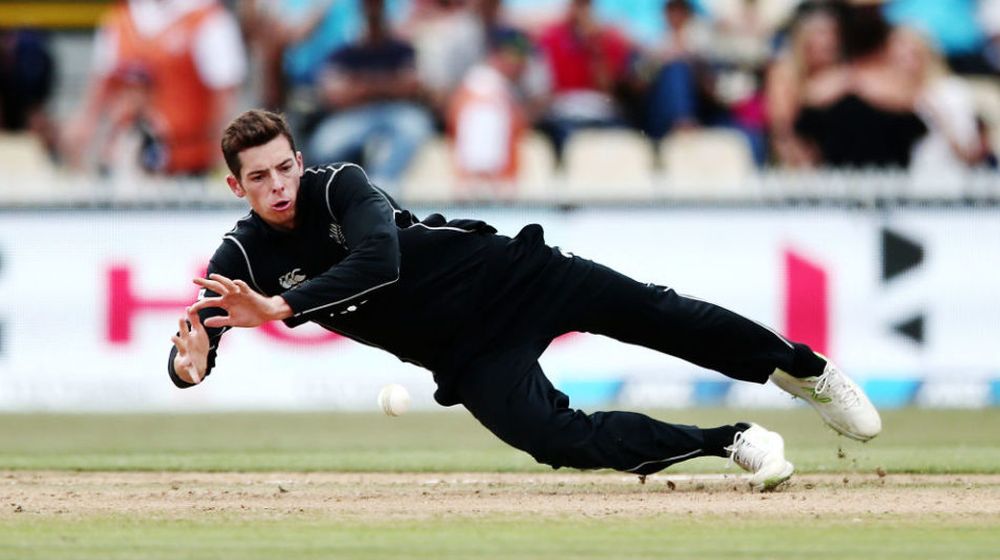 New Zealand bowling all-rounder, Mitchell Santner has called Pakistan a difficult team to stop following their victory over the Kiwis on Wednesday.

When teams get momentum, they are difficult to stop. Pakistan are right up there with some of the best.

Quoting the example of Champions Trophy 2017, the 27-year-old said that Pakistan was hard to stop back then and they are now in with a real sniff.

We saw Pakistan do that in the Champions Trophy and they couldn’t be stopped, so they’re obviously timing their run well. If they win their next two, they’re in with a real sniff. When Pakistan are hot, they’re really hot.

Santner was all praise for ‘special’ Babar Azam, saying that it’s not easy to bowl to him.

It’s not easy. That was a pretty special knock out there today. He looked like he had it in him from the word go and the way he paced his innings was pretty special.

The left-handed spinner was confident of his team’s chances to make it to the semi-finals despite tough opponents in the upcoming matches.

It puts more pressure on us in the final few games but we’re going to look to win them and go from there.

New Zealand are set to face Australia and England in their remaining matches and the loss against Pakistan has left the tournament wide open for three semi-final spots.