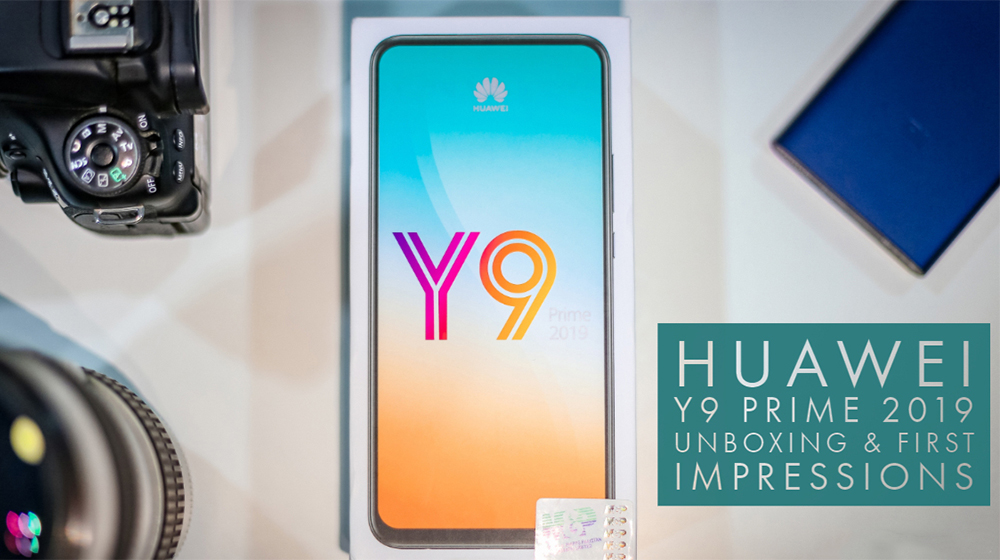 Huawei Y9 Prime 2019 is probably the best bang for your buck.

Pakistan’s mid-range smartphone market has always seen Chinese phone makers dominate, as they appeal to a lot of budget consumers and Huawei’s Y9 Prime 2019 is no exception.

The device is making a buzz with its 16-MP pop-up selfie camera, ultra full-view display, the triple camera setup on the back that also includes a wide angle lens, 128 GB storage paired up with 4 GB of RAM and much more at an affordable price of Rs. 34,000/-. 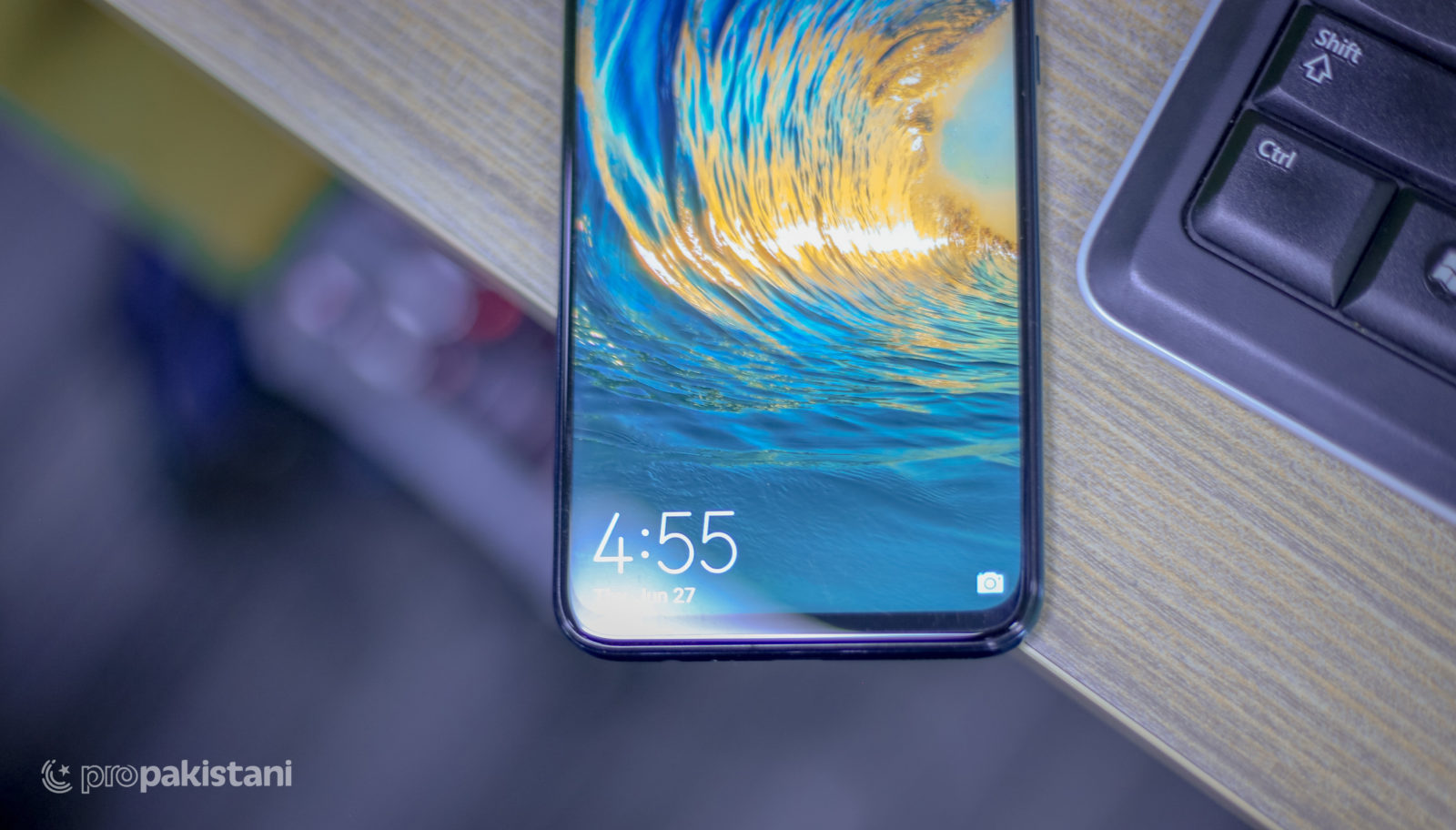 We’ll be unboxing and testing out the phone, giving you our first impressions of the device.

You can watch our unboxing video right here:

The Y9 Prime 2019 comes in standard packaging that includes a 10W charger, a USB-C cable, standard earphones, a silicone protective case, a SIM ejection tool, and a quick start guide. Pretty normal and by the book. 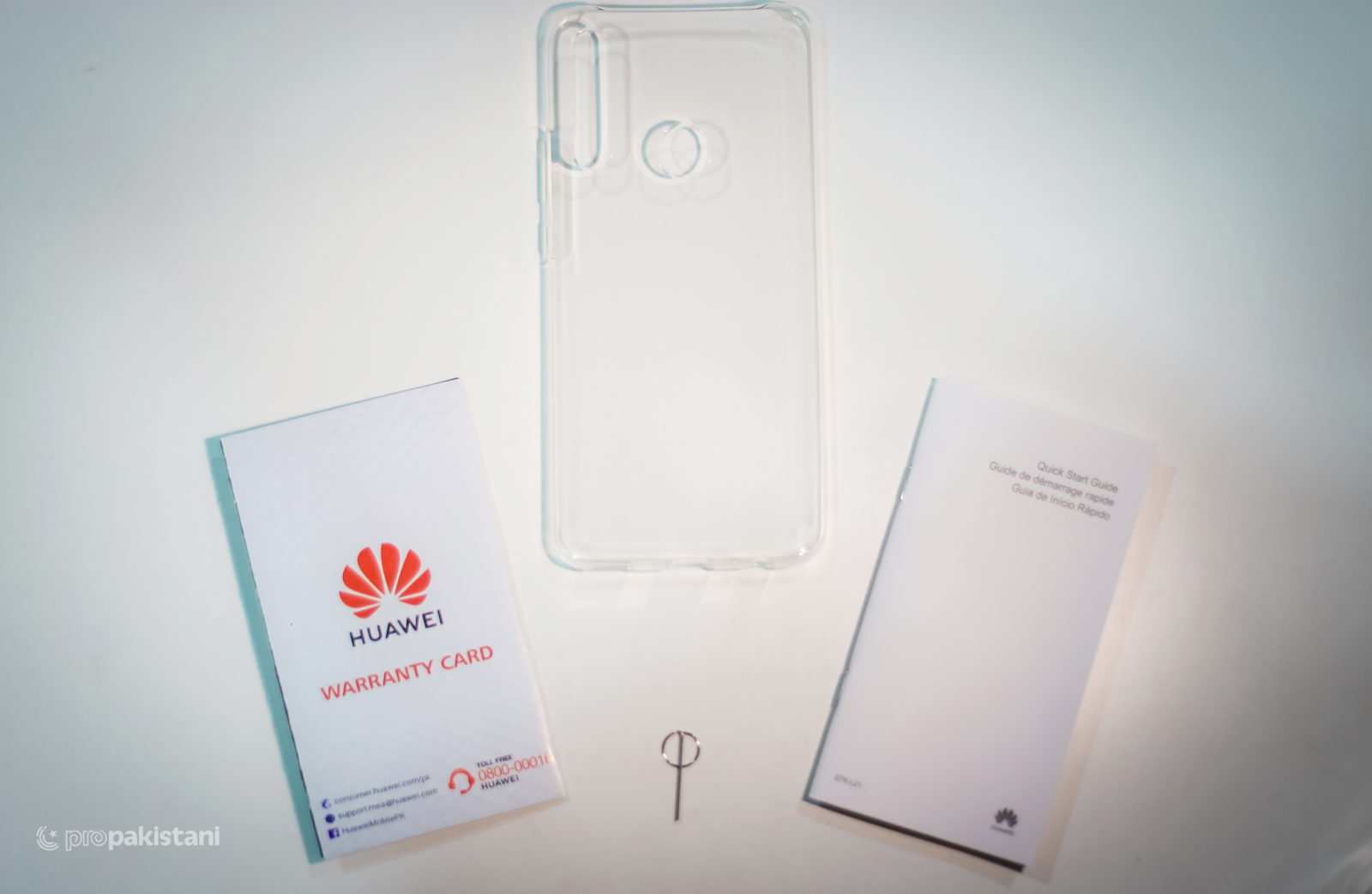 The protective case has a special cutout on the top that enables the selfie camera to pop out easily. It’s nice to see Huawei include a protective case in the box, as it’s not easy to find the right case for a newly released phone.

As mentioned earlier the device packs a lot of features that make the Y9 Prime stand out from the competition.

Starting off with its main highlight, the pop-up selfie camera is not a gimmick but actually serves a practical purpose. Most phones these days have a notch on them which houses the selfie camera and other sensors which is obtrusive and covers up the display area when you’re using the phone.

The pop-up camera on the Y9 Prime sidesteps this issue, giving the phone a clean full-screen display with nothing blocking the view.

To power up the massive 6.59″ display Huawei has included a 4,000 mAh battery and the phone also supports fast charging, though it is a bummer that the company hasn’t included a fast charger in the box. Y9 Prime also has a reversible USB-C charging port, in line with the latest trends.

Overall the device takes a lot of inspiration from Huawei’s Y-series but there are a few details that separate it from the others. For example, its ultra-full view display and the texture on the back makes it look unique. The Y9 Prime has a glossy finish that makes it quite a fingerprint magnet.

Other little details like the camera bump and the addition of a new color (emerald green) along with the standard midnight black and sapphire blue options are also noteworthy.

Y9 Prime is rocking a Hisilicon Kirin 710f processor coupled with 4 GB of RAM. The 710f is definitely a midrange chip but it offers decent performance. Scrolling through the UI is a breeze and it runs games without lagging.

Huawei definitely listens to its customers as Y9 Prime is offering a triple camera setup on the back that includes 16 MP f/1.8 along with 2 MP f/2.4 depth sensor and an 8 MP ultra-wide angle camera rather than a telephoto. The front selfie camera also has a 16 MP sensor.

The picture quality is exactly what you expect from a midrange device from Huawei as it snaps shots that are highly exposed and saturated but all in all, it delivers usable photos. 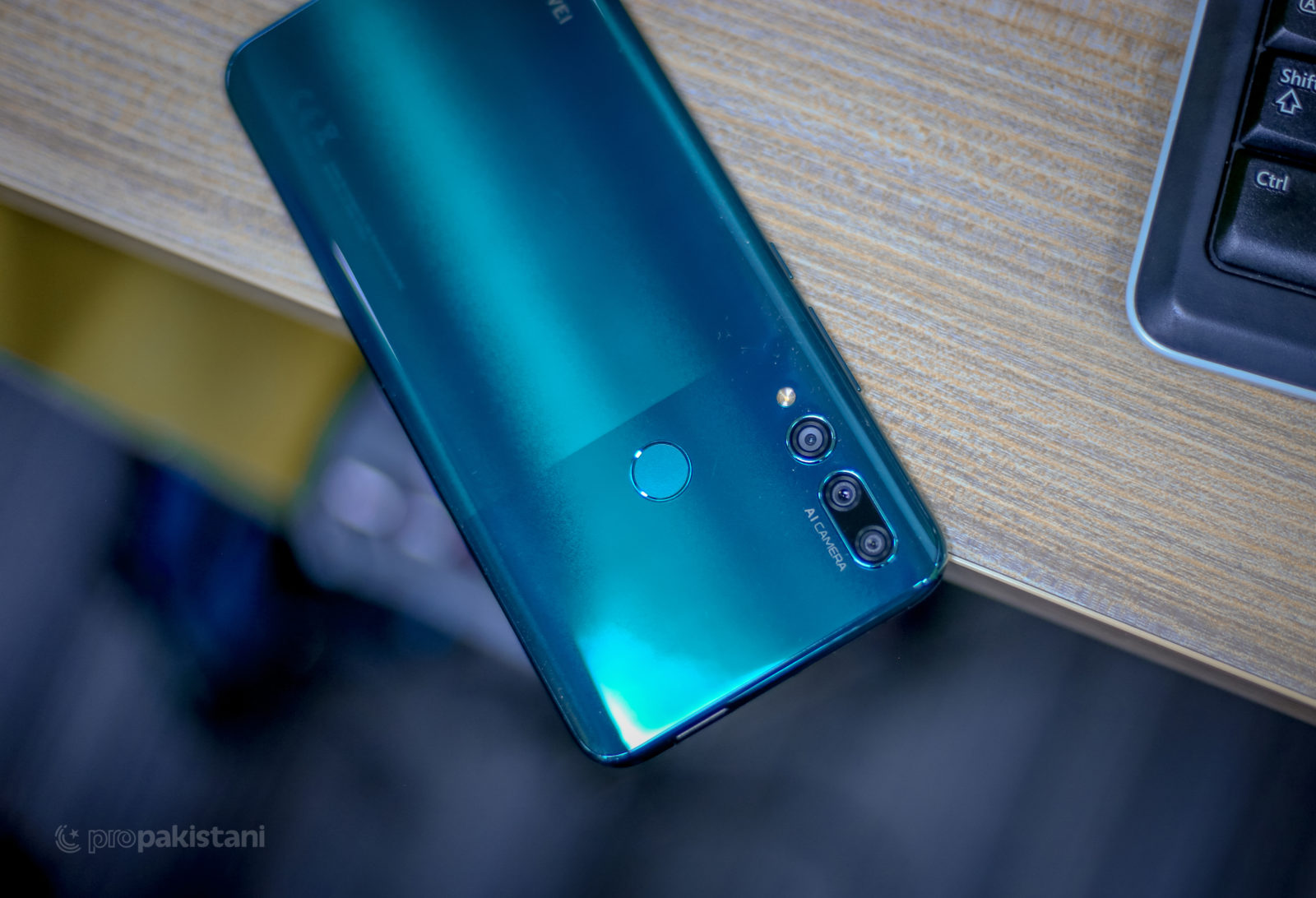 Having a motorized camera module and a huge 6.59″ screen requires a lot of juice. To back it all up the Y9 Prime comes with a large 4,000 mAh battery capacity, That is also fast charging enabled unlike its predecessor Y9 2019. This allows the device to have a great battery life while consuming media and playing games.

Huawei Y9 2019 Review: Size and Battery Life of a Tablet 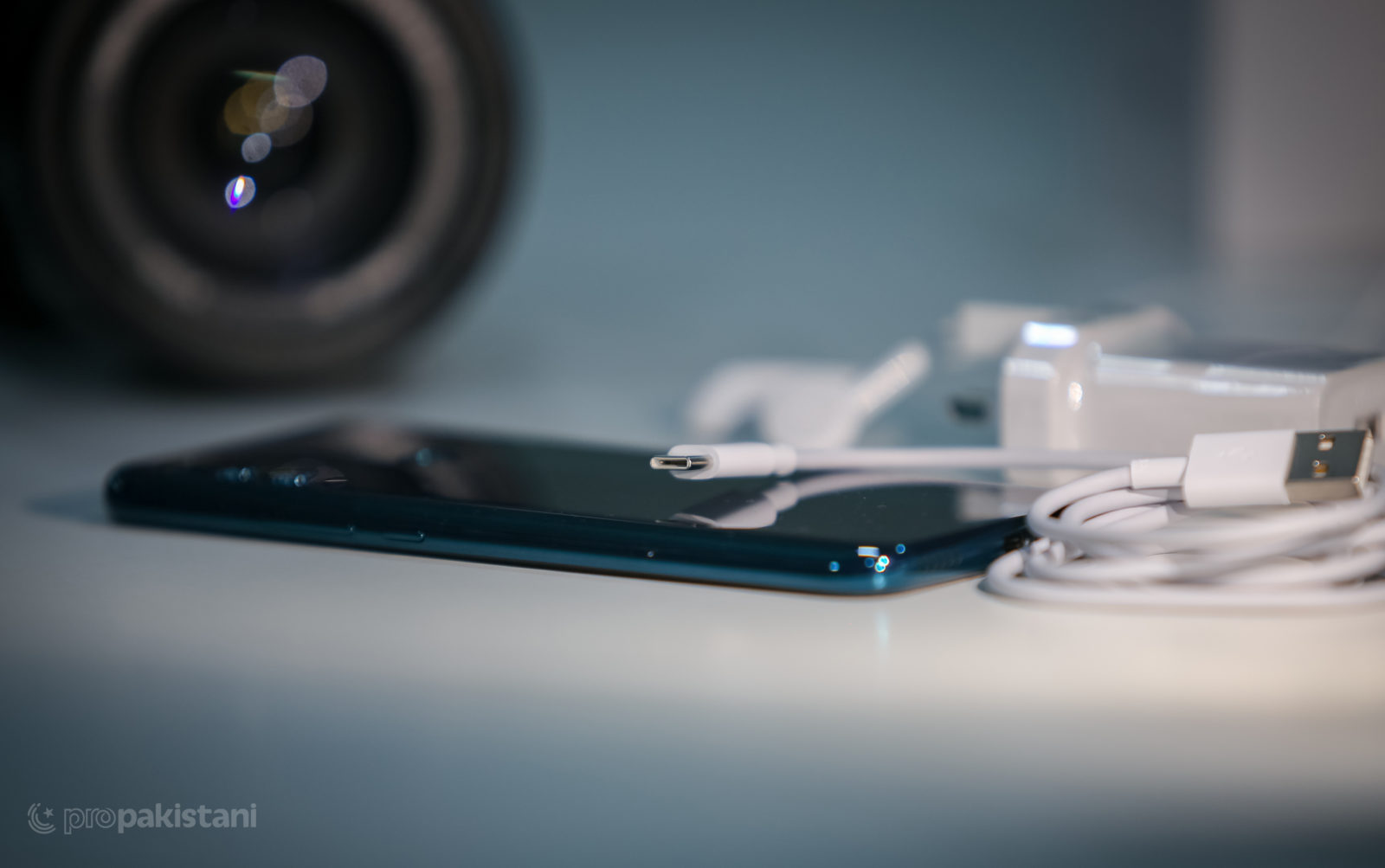 The Y9 Prime is Huawei’s first smartphone with a motorized camera that is coupled with several flagship worthy features at an affordable price that makes it a compelling offer for anyone looking for a mid-ranger.

Though the Pakistani midranger market has a lot of competition, it’s safe to say that the Huawei can outdo it easily. 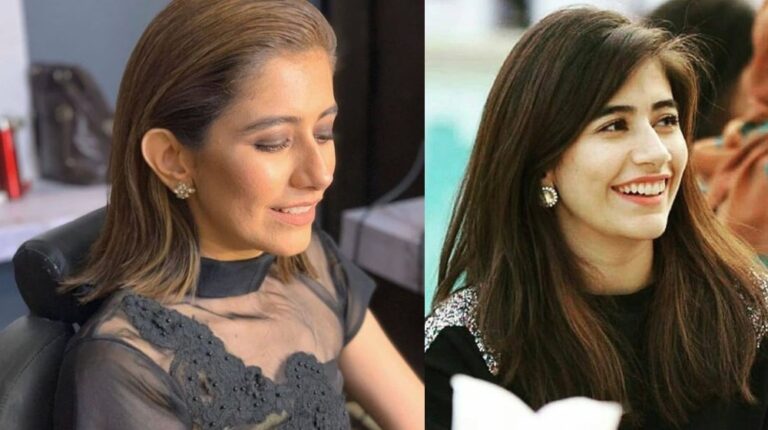