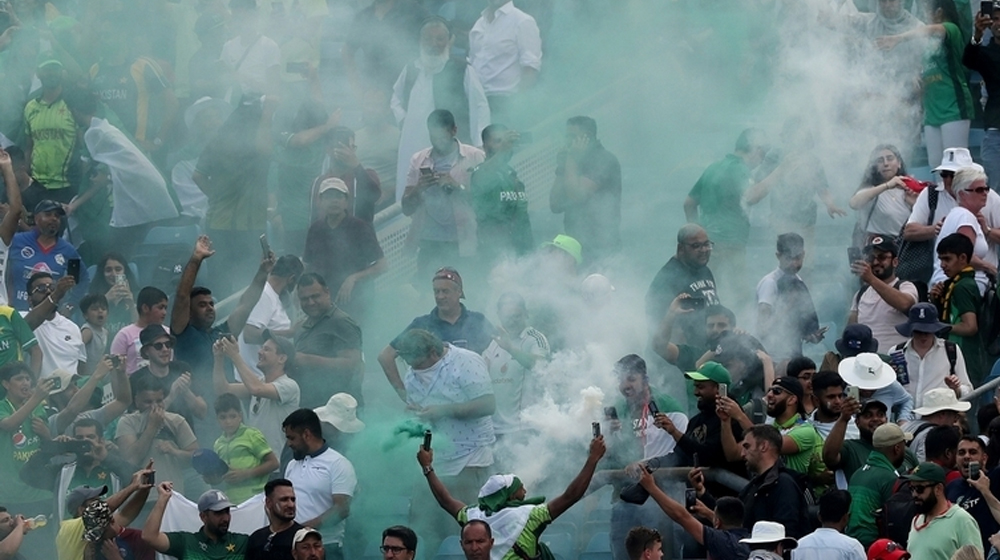 The World Cup remains a global spectacle and what happened during the Pakistan-Afghanistan match in Leeds at Headingley on Saturday shocked everyone.

Although a few of the Afghan supporters were thrown out of the stadium, the violence even carried outside the stadium and onto the streets near where the match was being played.

[We are] concerned by reports of violence between fans at the Pakistan-Afghanistan cricket match this weekend. Any evidence of criminal behaviour should be passed to the police who will investigate as appropriate.

Pakistan-Afghanistan fans clashed at the Headingley during their ICC Cricket World Cup 2019 match after a plane was seen political messages ahead of the match. Pakistan and Afghanistan fans were also involved in clashes throughout the match. pic.twitter.com/AbsYtAFB2j

When asked regarding the political slogan being carried by airplane during the match, he replied with:

We are also aware of political protests at the match. The UK government fully respects the territorial integrity of Pakistan. We are clear in our respect for the right to peaceful protest and free speech.

The local police claim that four arrests have already been made regarding the violence and further investigation is underway to identify the rest of the culprits.