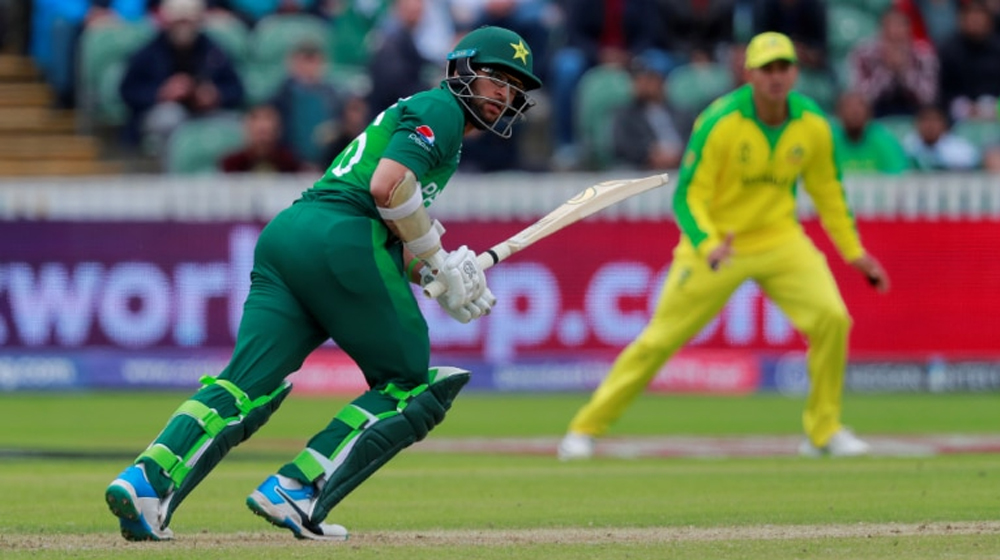 Pakistan cricket team opener Imam-ul-Haq claims that he regrets not being able to lead his team to victory against Australia and that the Men in Green should have registered a victory against them.

Pakistan currently sits on the fifth spot and are hoping for a miracle after registering losses against West Indies, Australia and India during the course of the competition.

Chasing a target of 308 runs against Australia, Pakistan were 136/2 at one point and then quickly crumbled to 160/6 and lost the game by 41 runs.

The collapse put Pakistan’s chances of qualification in doubt and Imam believes he could have helped the team to victory against the Aussies.

Speaking to local media at Lord’s, the young opener said:

That match against Australia is one that we should have won. We were in a good position and I was in a position to win it for the country. I regret that we couldn’t do that.

Imam played an extremely poor shot off Pat Cummins and he was caught by Alex Carey behind the stumps. Imam said that he remains largely disappointed that he never got out of his 40s during the match.

I couldn’t do what I was expecting from myself and that’s a disappointing thing for me. I couldn’t convert 40s into big scores, maybe because I was always desperate to come out of the 40s and made mistakes. I realize that and I will learn from my mistakes.

He further added that Pakistan remains confident of their chances to qualify for the top-four and that they are not looking at other teams for results.

We are not looking at the results of other games. We want to give our best against Bangladesh and whatever is required, we will do that. I aim to do in this World Cup match what I couldn’t do in the Asia Cup game against Bangladesh.