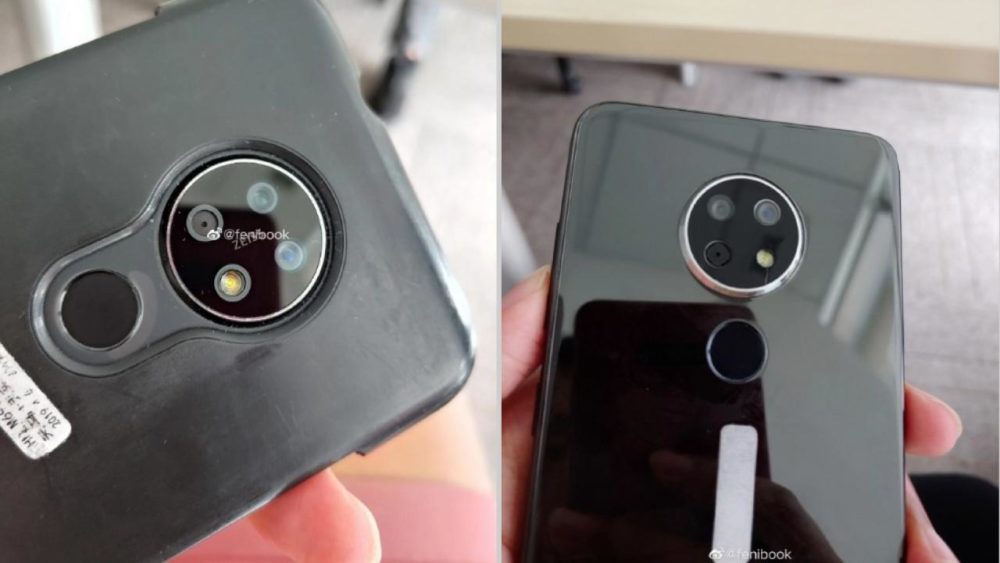 A different design language for Nokia?

Circular camera cutouts might just become a thing this year, as a number of rumors have suggested the same for Huawei’s upcoming Mate 30 Pro. A mysterious Nokia handset has appeared online with a unique circular camera module of its own.

The leaker uploaded a couple of real-life images of the phone that show key design aspects of the handset. The primary camera on the back of the Nokia phone has three 3 shooters lined up in a square position but in a circular camera module.

The device has no official name yet, but image meta info from the leak reveals it’s going to be called Nokia Daredevil. Moreover, one of these cameras will use a 48MP sensor. One of the other two cameras is a wide-angle lens, as evidenced by an image of the camera app.

The display has a water drop notch and there’s the familiar Nokia branding at the bottom bezel. There is also a USB Type-C port at the bottom.

Some more images were leaked later on since the initial images appeared, revealing a Snapdragon 660 SoC, a FullHD+ display and a 3,500 mAh battery.

This is all the info we have on Nokia Daredevil so far. We’ll keep you posted on any new info on this mysterious Nokia phone.