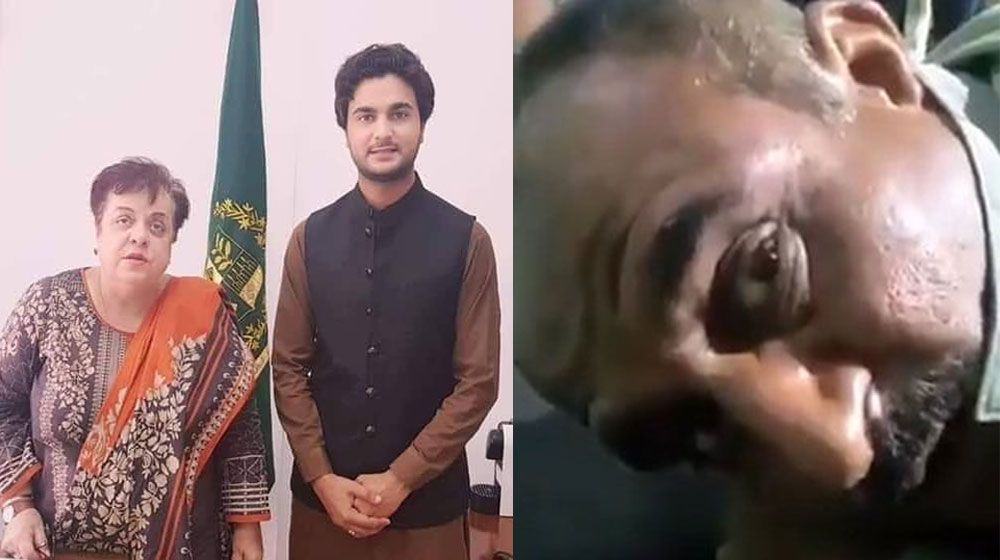 Pakistan Tehrik-e-Insaf’s (PTI) local leader from Ghotki, Mir Iftikhar Ahmed Lund, has been appointed as the focal person for Human Rights in Sindh.

According to reports, Iftikhar was booked for brutally torturing his driver with a steel rod in April this year.

The incident occurred in the last week of April when the driver Allah Rakhio developed some disagreement with one of Iftikhar’s cousins. Later, he was called to his employer’s residence where Iftikhar, along with his cousins, beat him with a steel rod and brutally tortured him while making a video of the whole incident.

The case got the attention of mainstream media when injured Rakhio’s video went viral on social media. In the video, he could be seen lying on his back on a stretcher and demanding justice while receiving the medical treatment.

His medical report said that Rakhio received eight stitches after a metal rod was forcefully inserted in his rectum.

Following the hue and cry on social and mainstream media, a case was registered against Iftikhar, who reportedly belongs to an influential family of Ghotki. However, no action was taken against him.

Earlier this week, Iftikhar has been appointed as the focal person for human rights. Minister Shireen Mazari has been called out by several activists on Twitter over the odd decision.

Yes a notification was issued by @ShireenMazari1's ministry making one Iftikhar Ahmed Khan focal person on Human Rights for Sindh. Is this the same Iftikhar who only two months ago was accused of mercilessly torturing his servant. The HR Minister must justify this appointment pic.twitter.com/id0hvisnjW

People believed that Iftikhar – a sheer human rights violator – should have been removed from his party position after the scandal surfaced. But, the irony is that he has been given a position in the human rights ministry instead to protect the same people he’s been accused of torturing.