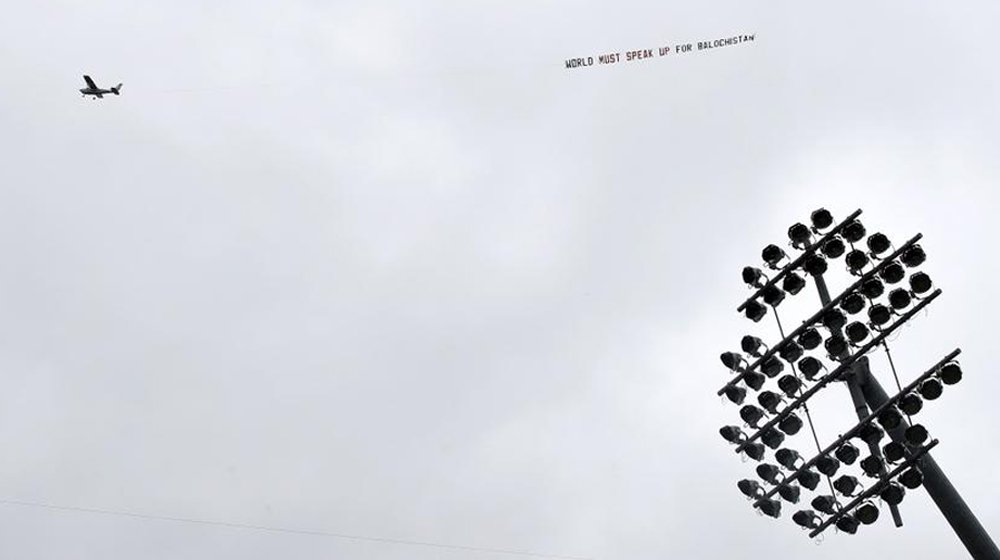 Yet another political banner was seen flying over the ground during the England-Australia semifinal match at Edgbaston.

The latest incident occurred during the second semifinal between Australia and England where the banner read World Must Speak Up for Balochistan and the aircraft circled the ground four times before being ordered out of the area by air authorities.

Plane trails banner urging "World must speak up for #Balochistan" during #ENGvAUS ICC Semi Finals.
The banner is aimed at highlighting the dire human rights situation in Balochistan that requires immediate international attention.#Endenforceddisappearences in Pakistan. pic.twitter.com/57rI0n4B8Q

An ICC spokesperson, regarding the matter, stated:

The ICC is not responsible for promoting any of these political banners and we condone this kind of behavior.

We have worked with local police forces around the country throughout the tournament to prevent the World Cup being used as a platform for political protests, so we are incredibly disappointed these flights continue to take place.

The spokesperson confirmed that the ICC will ensure that this incident does not repeat during the final of the World Cup, which is to be played at Lord’s.

We are working very closely with the relevant agencies to make sure there is an air exclusion zone in place for manned and unmanned flights during the final at Lord’s.

The first occurrence appeared to increase tensions between Pakistan and Afghanistan fans while seven days later ‘Justice for Kashmir,’ and ‘India stop genocide,’ were visible messages during India versus Sri Lanka match.