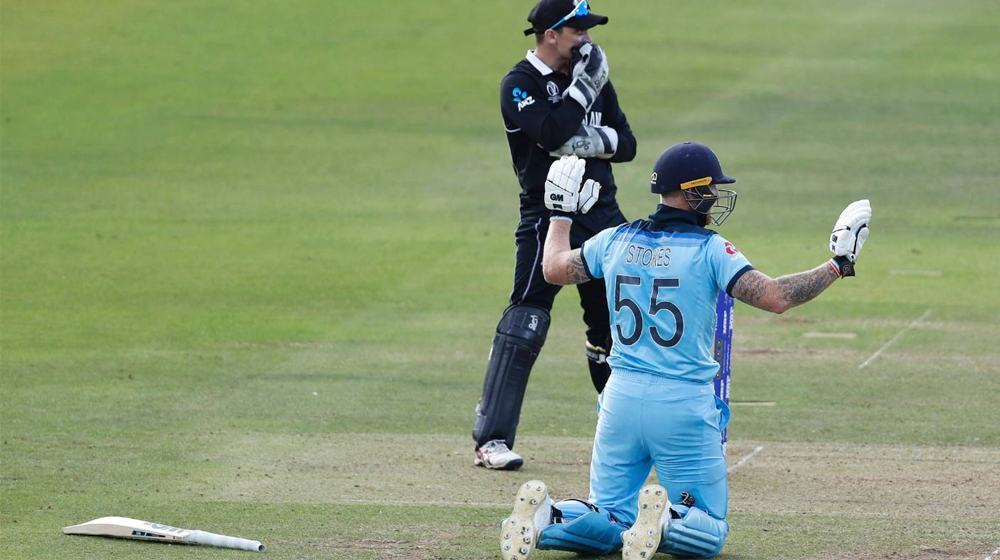 The England allrounder Ben Stokes hailed the Sunday’s World Cup final victory over New Zealand as the best match ever played in the history of the game.

Both teams managed to score exactly 241 runs from their 50 overs, which meant that a Super Over was to be played for the first time in ODI history and that too, in a World Cup final.

With nothing to separate both teams, England and New Zealand scored 15 runs each in Super Over as well.

However, England claimed the World Cup for the first time virtue of hitting more boundaries during the match.

Speaking to media after the match, Ben Stokes said:

This is where we aspired to be and to manage to come here and do it in such a good game. I don’t think there will ever be a better game of cricket in history than that.

England, playing the World Cup in their backyard, were labeled as the favorites to lift the title. Eoin Morgan claimed that his side is good enough to do so, which they ultimately were.

Although England registered the victory but there were a number of twists and turns; the biggest twist was perhaps the controversial moment when the ball hit his bat and ran to the boundary for an extra four runs as he scrambled to make his ground.

And Stokes, who was born in New Zealand, apologized for the incident to Kiwi captain Kane Williamson.

In the last over when the ball hit the bat and went for four it’s not exactly what you ask for. I’ve apologized to Kane countless times about that. It’s not exactly how you want to do it.

Stokes then struck another eight not out from three balls in the Super Over.

Moments like that is what you live for as a professional cricketer. All the hard work over that four years to get here and we’re champions of the world. It’s an amazing feeling.