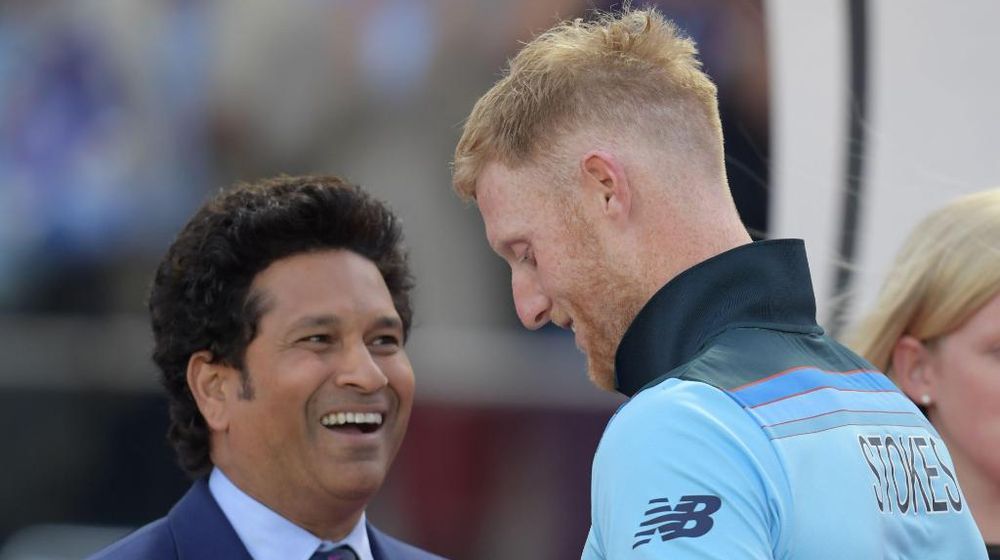 Cricket is a game of fine margins and some funny rules. We now know why it is said so, don’t we?

The biggest prize in cricket belongs to England. It took plenty of drama, keeping all of us glued to our TV screens for the most part of Sunday, to decide the winner.

It was heartbreak for New Zealand. As put by commentator Ian Smith, ‘ecstasy and agony in one picture’ as Jos Buttler rooted out the stumps to run Martin Guptill out.

Let’s not talk more about heartbreak. This year’s ICC Cricket World Cup has been, by far, the best covered cricketing event in the world. The digital broadcast, social media coverage and above all, the jaw-dropping finale was worth the time we spent watching the event.

ICC has stepped up its social media game and every now and then, we have been treated with some amazing graphics and fun moments all along. Last night, the watchdog’s Twitter account tweeted Ben Stokes and Sachin Tendulkar’s photo together with a witty caption.

The greatest cricketer of all time – and Sachin Tendulkar.

And a wink, of course.

The greatest cricketer of all time – and Sachin Tendulkar 😉#CWC19Final pic.twitter.com/fQBmfrJoCJ

Stokes might well be the greatest player for England after his heroic innings to get England over the line, or maybe not.

While the tweet didn’t sit well with the Indian fans, for obvious reasons, who started bashing the ICC. Others (read Pakistanis) had a good laugh about it.

It was meant in a light mood and nothing offensive, but, Indians are Indians and Tendulkar is their cricketing god and thus the outrage.

Do you think ICC shouldn’t have posted something like this? Let us know in the comments section.