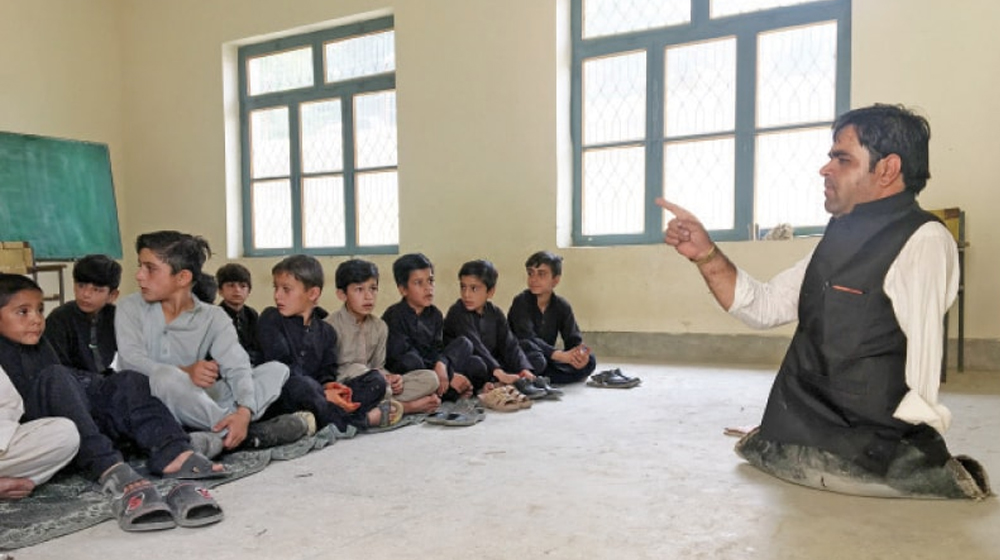 Gulzar Hussain of Parachinar has been setting new examples of resilience in the face of adversity. Losing an arm and both legs in an improvised explosive device (IED) at a very young age did not make him give up. Not only that, but he completed his education after the horrific incident, and also decided to educate the children of his locality.

28-year-old Hussain is a resident of Luqmankhel in Upper Kurram tribal district. He lost his arm and legs in a blast at a time when he was too young to comprehend what had happened to him. However, his disability never came in the way of his goals. He tried to lead his life as a normal child.

Hussain used to go to school on a donkey’s back for early education. He remained determined and completed his master’s degree in Islamic Studies and finished a Primary Teaching Certificate (PTC) Course.

He has been teaching the children of his native village in a local government primary school for Rs.6000 a month since he completed his education. At present, he is not even receiving the scanty stipend, which discontinued after the merger of the tribal districts with Khyber Pakhtunkhwa.

He is well-respected in his village for his struggle and hard work. Mohammad Rashid, father of one of Hussain’s students, said that the government should appoint the teacher to a permanent post, as he is qualified and committed to doing the job.