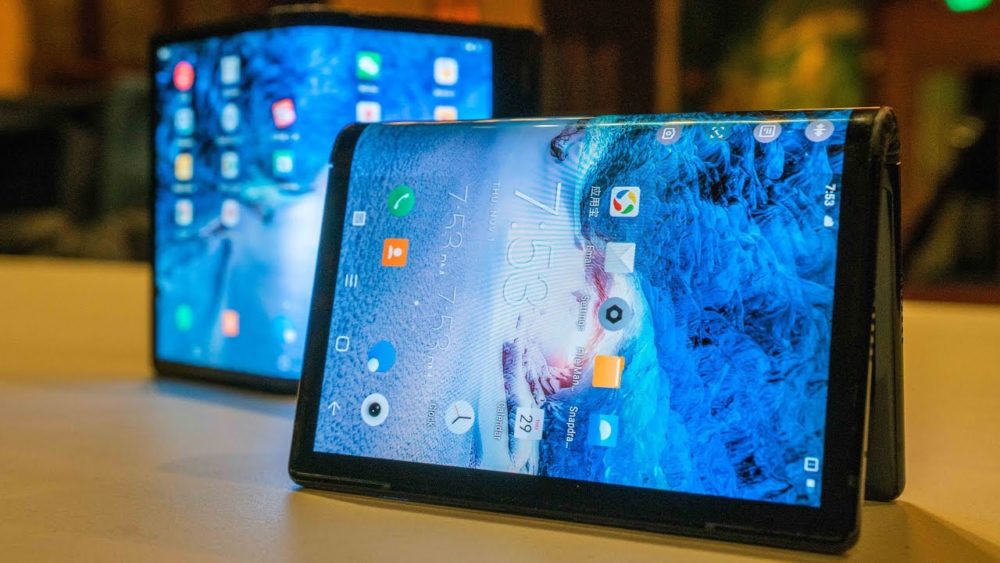 Quite fragile compared to regular smartphones.

Leaving both Samsung and Huawei in the dust, Royale Flexpai launched the world’s first foldable smartphone in late 2018. That phone is now available worldwide, beating Samsung’s Galaxy Fold to the punch.

As always, Zack from JerryRigEverything was up to the task of putting the new and exotic bendy device through a torture test.

Here’s how it turned out.

“Since glass is glass and glass does not bend”, the screen is obviously made out of some other material. The display is made using optically clear and flexible plastic. It started receiving scratches from a level 3 pick (moh’s scale) and Zack was even able to scratch the screen with his bare fingernails.

Needless to say that the screen is quite prone to scratches and might wear out with everyday use. The device only folds outwards, so the plastic outside will not be able to protect the screen. The fact that screen protectors cannot be applied to it is also an inconvenience.

For reference, the levels mentioned here are on Moh’s Hardness Scale, where materials are rated based on how hard/durable they are. As a general rule, material at a certain level on Moh’s scale can only be scratched by the same or harder material.

Gorilla Glass screens in Smartphones are usually level 6 whereas diamond, the hardest material, is a 10.

Just as you would expect, the plastic screen started giving out under the burn test pretty quickly. The pixels faded under the flame with no signs of recovery, and the touchscreen became slightly unresponsive in that region.

The bend test, however, was quite astounding. Once Zack attempted to bend the device the wrong way, the hinge snapped in half. The display bent out of shape from the middle, exposing the thin plastic film used for the screen. Regardless, the screen was fully intact and functioned normally. But after several more attempts to bend the device inwards, the screen eventually died.

Royole FlexPai might not have made it through Zack’s test, but it didn’t fail miserably either. Overall the device has a solid build, but the screen is prone to scratches and is clearly meant to be handled gently.