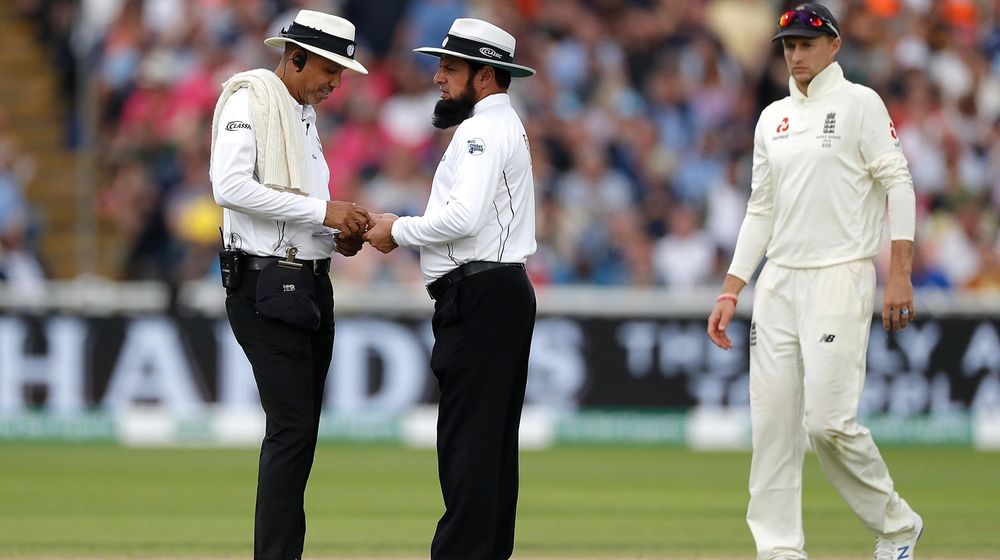 by Syed Zarar and Sajawal Rehman

The Australia-England rivalry is one of the most fierce sporting clashes in the world. The first Ashes Test was truly a spectacle, but it was marred with umpiring blunders.

More than 15 wrong decisions were made by the on-field umpires Joel Wilson and Aleem Dar. Umpiring has been a heated debate over the past few days with former cricketers weighing in with their views.

Former Australia captain, Ricky Ponting has suggested that with all the technology on offer, neutral umpires are not a necessity and he will raise the issue at the next MCC world cricket committee.

I would like to think the game has come far enough now for the game to not have neutral umpires. People might say that with all the technology we’ve got now, it doesn’t matter that much. But it’s not a good spectacle when pretty obviously wrong decisions are made. There’s been a lot of negativity about the DRS over the years, but we’re pretty lucky that we had it last night.

On the other hand, England captain, Joe Root has urged the former cricketers to not overcriticize, saying that ‘umpiring will never be perfect’.

Players make bad decisions from time to time – and as a result either lose their wicket or get smacked out of the attack. Umpires are going to make mistakes. It would be easy to over-criticize and point the finger. We have to respect and understand that they are under as much pressure at the players.

Here are the details of all the wrong umpiring calls during the first Ashes Test which also marked the start of the Test Championship.

According to the reports, Joel Wilson had a horrific run, getting 10 of his decisions wrong which was either reviewed on Decision Review System or wrongly called but not reviewed by the batsman or the bowler, whereas Aleem Dar got 5 decisions wrong.

Here are the details of all the wrong decisions made during the 1st Test of Ashes series:

According to available statistics, umpires have often found it difficult to keep their cool under pressure.

Since 2017, here are the percentage of decisions that have been overturned by DRS against ICC’s Elite Umpire Panel:

*Note that Joel Wilson and Aleem Dar’s stats from the 1st Ashes Test match are not included in this list.

What are your thoughts on the standards of umpiring during the first Ashes Test? Let us know in the comments section.