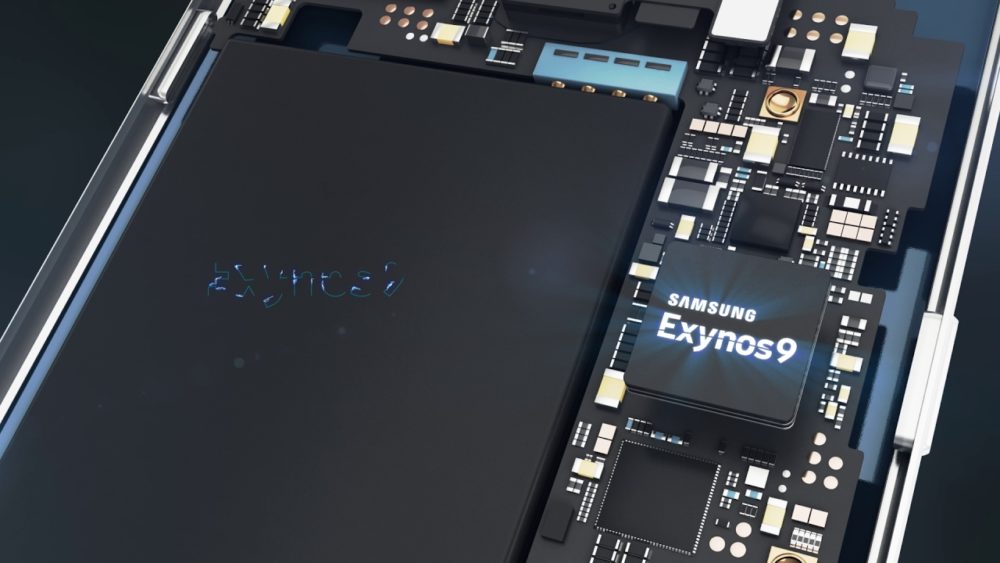 Samsung’s new 7nm Exynos SoC has been officially announced, and it is the company’s most powerful chipset to date.

Just hours before the Unpacked Event, the South Korean tech giant has unveiled Exynos 9825. Based on the 7nm EUV process, the chip is a successor to the 8nm Exynos 9820.

The company claims up to 20-30% higher transistor performance with 30-50% less power consumption.

Exynos 9825’s CPU core composition is exactly the same as 9820. It has two Cortex A75 cores and four Cortex A55 units alongside two M4 Cheetah cores. Chances are that their clock speeds are also identical, Samsung hasn’t mentioned them yet.

The company claims that the Mali-G76 MP12 GPU is going to be faster this time around but there are no details on that either.

As for connectivity, the SoC is integrated with a 4G LTE Advanced Pro modem, which can reach download speeds of up to 2Gbps, and 316Mbps upload speeds. It also supports 5G connectivity through the Exynos Modem 5100, which will probably arrive with the Galaxy Note 10+ 5G.

Sadly there’s no LPDDR5 DRAM support, but it does support UFS 3.0 storage.

The Exynos 9825 SoC is expected to debut in the brand new Galaxy Note 10 and Note 10 Plus. Watch this space for more on Samsung.