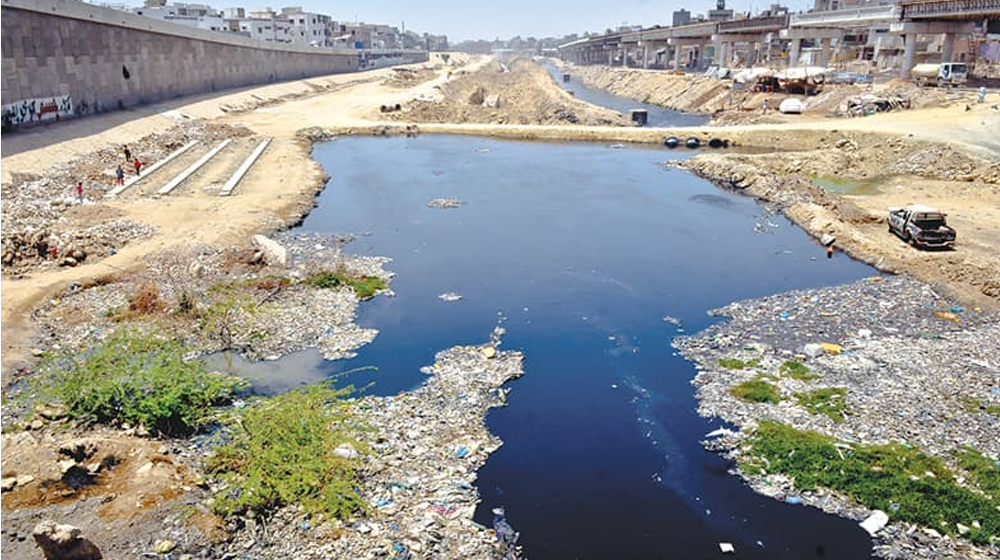 Karachi’s Lyari river was once picturesque, thanks to the lush green trees of almond neem, mangoes, and plums lining the streets surrounding it.

But now, the river is heavily contaminated with toxic metals and chemical compounds. The pollutants in the river are destroying marine life, poisoning the food and water for people and thus harming the lives of hundreds of thousands of people living nearby.

The disappearing greenery and contaminated Lyari river are a growing concern. In order to address this issue, students of NED University’s architecture and planning department have proposed a simple way to tackle the issue. The students suggest that planting trees alongside the river and in the banks of Lyari River would turn this sewerage water into freshwater.

“We have discovered a solution to treat Lyari River’s contaminated water by using plants,” says Mashood. He says that along with his friends Maheen and Fatima, he has divided the river into 13 sections.

“We have calculated the area with the help of remote sensors and have marked the open area available around Lyari River. According to our calculation, there are 650 acres of open area land along the river. To plant trees, we further divided this area into 13 acres of small areas to work on,” he adds.

Mashood said that they will place 10 acres of wetland systems on these 13 acres of small spaces.

“The plants have the potential to treat sewerage water and turn it into freshwater,” said Fatima. “We will be planting some indigenous species of plants, such as cattails and duckweeds all across the Lyari River to get it cleaned.”

She tells that these indigenous plants are like wild grass and can grow anywhere. This treated water can be used and sold to construction companies, industries, and also used for plantation. A profit of Rs. 18 million can be made every year by selling this water.

The wetland project is currently being implemented in Karachi’s Aziz Bhatti Park. The entire project will cost Rs. 9.5 million apart from an operating cost of Rs. 7.5 million. The students have requested the provincial government to fund their plan.