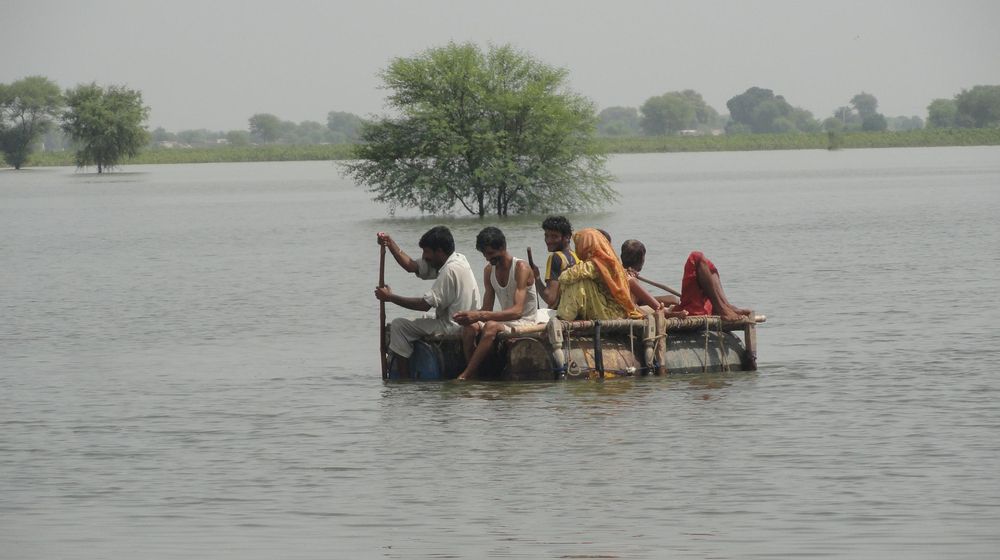 Water and Power Development Authority (WAPDA) has accused India of waging ‘fifth-generation warfare’ by releasing hundreds of thousands of cusecs of water that could cause flooding in the country.

On Monday, there was a flood alert in Pakistan when India reportedly discharged floodwater between the range of 125,000 and 175,000 cusecs into the River Sutlej from a dam in Ladakh.

WAPDA Chairman Muzammil Hussain termed the unexpected release as an attempt of water-terrorism from the neighboring country.

New Delhi is at war with Pakistan. They are trying to isolate us diplomatically, strangle economically, and to strangulate our water resources.

He added that the move will automatically have an impact on our economy, agriculture, and irrigation. Hussain maintained that New Delhi was using its upstream position to wage “fifth-generation warfare” on Pakistan.

The uninformed release of water has developed a flood-like situation in parts of Punjab where emergency authorities are preparing to handle any untoward situation.

New Delhi, on the other hand, has dismissed the claims by saying that it was a routine exercise during the monsoon season.

It was goodwill on our part that we used to share that information … those days are gone.