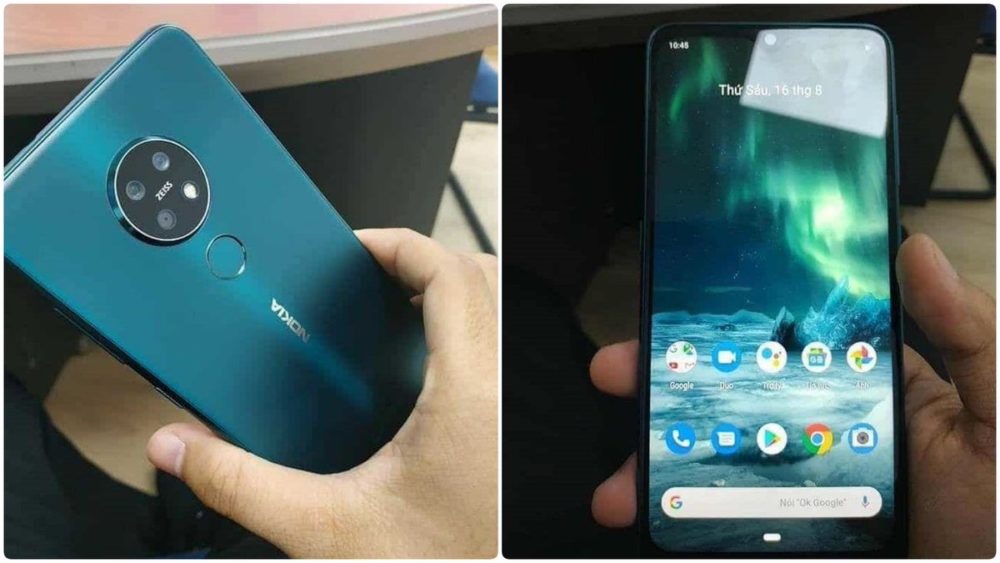 The rear camera looks a lot like the one on Huawei Mate 30 series.

Nokia’s refreshed mid-range smartphones, the Nokia 5.2, 6.2 and 7.2 are coming at the IFA 2019 event next month. There have been several leaks about the Nokia 7.2 in particular, hinting at a new design for the phone.

The mid-ranger has now appeared in a set of live images, giving us an even better look on the front and back of the device complete with a cyan paint job that we’ve never seen before.

The photos show the phone in a blue-green (cyan) shade which makes it appear a lot like Realme/Vivo phones. We also get another look at the circular camera module at the back with a triple-lens and an LED flash. The primary camera is going to be a 48MP lens with a depth sensor and a zoom lens.

The fingerprint sensor remains underneath the rear camera setup and the front-facing waterdrop notch is still there as well.

According to previous leaks, Nokia 7.2 will have a 6.2-inch full HD display. It will be powered by the Snapdragon 710 chipset with 6 GB of RAM. Being a Nokia phone, it is also guaranteed to be a part of the Android One program, which is confirmed by the images as well.

Nokia 7.2 is expected to be announced at the IFA 2019 event on September 6. As always, we’ll keep you posted with new leaks/announcements about Nokia phones as they come.