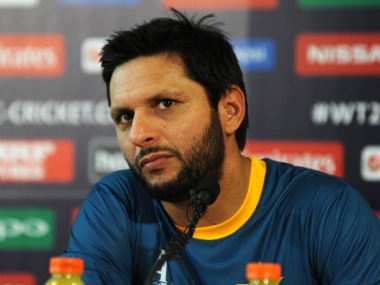 Pakistan’s former captain and legendary all-rounder Shahid Afridi has said that Narendra Modi and his supporters are ruining the reputation of India across the globe.

Speaking about the Kashmir dispute and how India is handling the situation, the 39-year-old said:

I have a message for Modi and his followers, not for all of India, just for them. You and your followers are tarnishing India’s reputation in front of the world. There are a lot of educated people in India who talk a lot of sense, please listen to them.

Afridi then compared Modi to Hitler and said that former Indian Prime Minister was much better in regards to handling India-Pakistan ties.

Relations between Pakistan and India were great when [Atal Bihari] Vajpayee was at the helm. People were happy and there was movement between the two countries.

He further added that war is not the solution and it poses a great threat to both nations and their economy.

This is not a time for war. Our prime minister and the rest of us all have tried to improve relations but there has been no response from your side. The horrors that you are subjecting women and children to means that all of Pakistan stands with the army.

India has always maintained that they have a high literacy rate but their actions don’t seem to portray that.