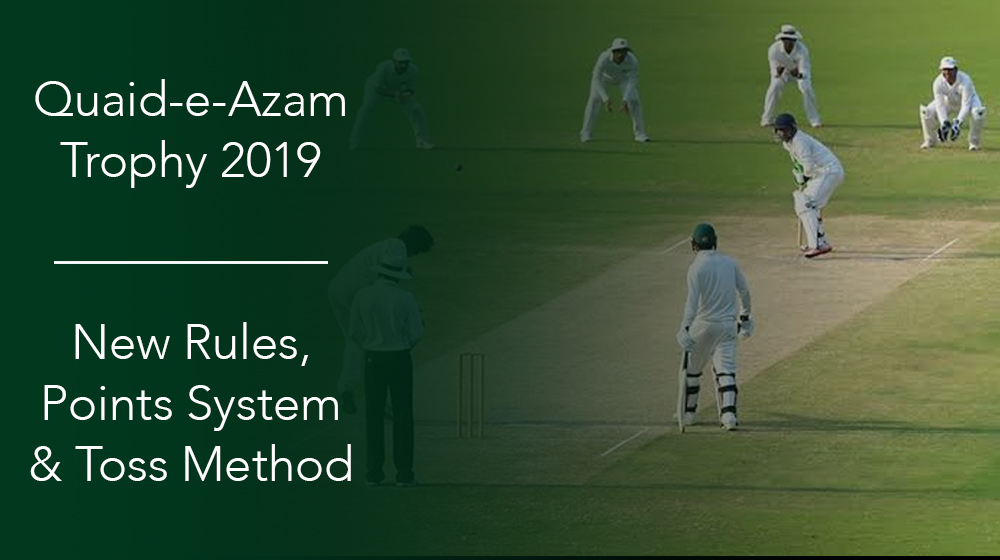 “No-toss” rule and heavier financial penalties for not maintaining over-rates are the key features of the PCB Playing Conditions and PCB Code of Conduct for the 2019-20 season, which kicks-off on Saturday, 14 September, with the first round action of the four-day first-class Quaid-e-Azam Trophy.

For the first time in the Quaid-e-Azam Trophy, the country’s premier tournament, and according to clause 13.4 of the PCB Playing Conditions 2019-20, the visiting team’s captain will have the option to bowl first after accessing the pitch conditions.

If the captain opts against it, the normal toss – which is done by the spin of the coin – will be done.

The clause reads as:

Before the toss, the visiting team captain shall be offered the option to bowl first. If he decides so, the toss (Usual spin of the coin) shall not take place.

If the visiting team captain is undecided then a normal toss (Usual spin of the coin) shall take place.

In case the teams are playing at a neutral venue, the home team will be deemed the team, which is mentioned as “Home” in the schedule”.

The purpose behind the introduction of this rule is to provide an equal and fair opportunity to the visiting side to exploit assistance from the surface if any.

A clear distinction has also been made on how the teams will be awarded points – which will be derived after the addition of the points awarded on the basis of match result and first innings performances in the batting and bowling departments.

A team securing an outright win will get 16 points. Five and nine points will be awarded for a drawn or a tied game.

The following is how the points on the first innings performances will be awarded:

Batting points for the first innings which could be earned up to 110 overs: 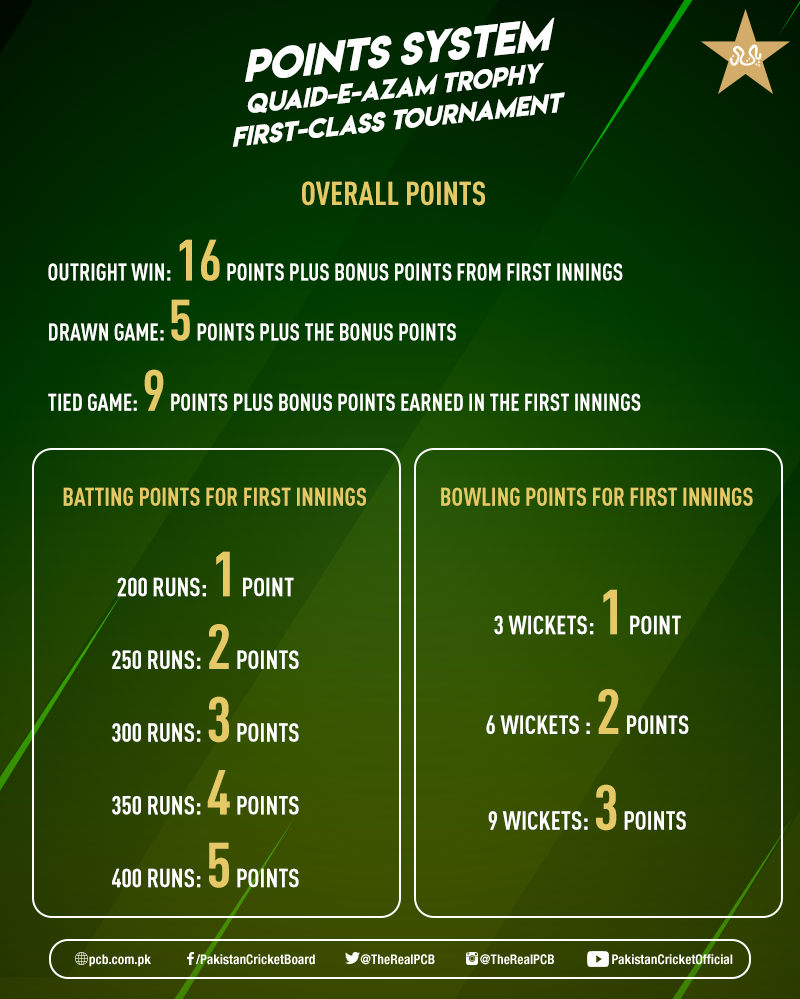 The match is scheduled to be played from 9th till the 13th of December at National Stadium, Karachi.

In case the final of the Quaid-e-Azam Trophy (first-class tournament) ends in a draw, the winner will be declared on the basis of the first innings.

To ensure completion of overs in the allocated time, the PCB has introduced heavier and consistent cash fines in the PCB Code of Conduct 2019-20.

This is applicable to all formats.

In case of day/night matches during the Pakistan Cup One-Day matches, 30 minutes of extra time will be available to the teams. 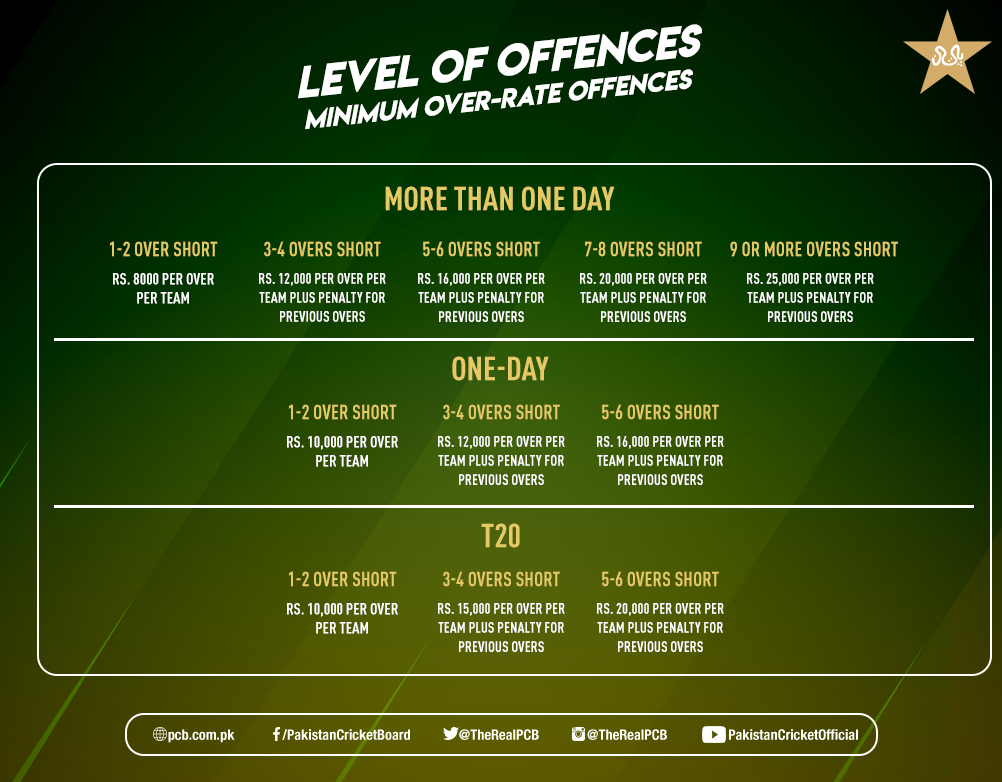 Clause 1.2 (ii) of the Qualification Rules for PCB Domestic Tournament 2019-20 allows a player to represent teams from only one Cricket Association across the season.

Cricket Associations, along with using all 32 players in either of the First or Second XI sides, will be allowed to use their U19 players to participate in all domestic tournaments, including first-class cricket.

The Cricket Associations can also register an overseas player, subject to written approval from the PCB and a No Objection Certificate (NOC) from the relevant cricket board of that player, in addition to their original squad of 32 players.

According to Clause 2 of the Qualification Rules for PCB Domestic Tournament 2019-20, all such requests to include overseas players are to made one month prior to the cricket season.

If a Cricket Association wants to take an overseas player on board during the season, a special request would have to be made to the PCB Domestic Cricket Operations department.

PCB Director – Domestic Cricket Operations, Haroon Rashid: “The PCB is committed to reducing the gap between international and domestic cricket, which made these changes necessary. I am hopeful that these alterations will bring in more professionalism in our players and help them prepare for the daunting challenges of international cricket.”