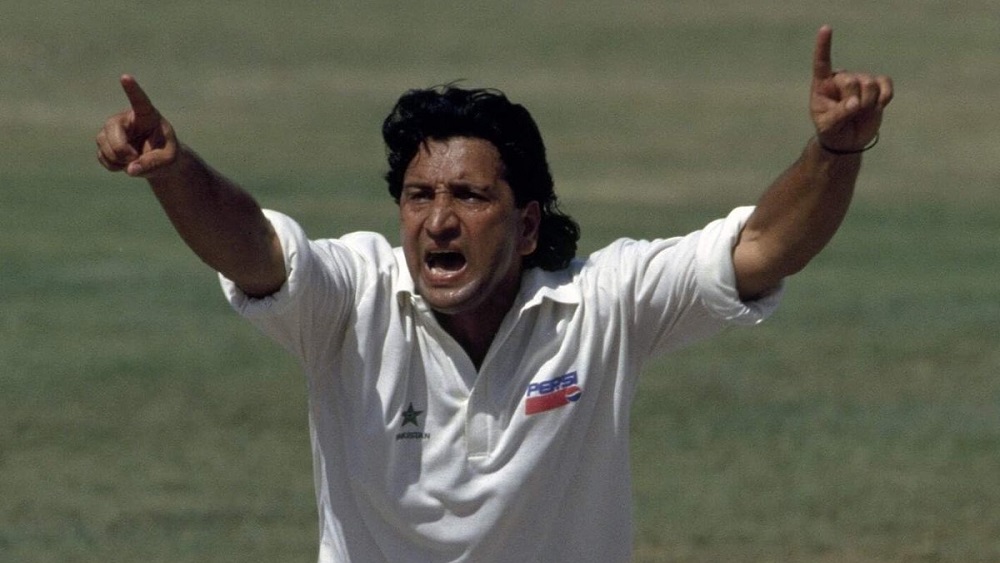 Cricket maestro Abdul Qadir passed away last night in Lahore due to cardiac arrest. His family confirmed the news saying that they were taking him to the hospital following a heart attack, but he could not survive.

International cricketers expressed their condolences and were saddened by the demise of the cricketing legend.

Deeply saddened to hear of Abdul Qadir’s passing. My prayers & condolences go to the family. Abdul Qadir was a genius, one of the greatest leg spinners of all time. And he was also the life of the dressing room entertaining the team with his wit & humor.

Deeply saddened to hear of Abdul Qadir's passing. My prayers & condolences go to the family. Abdul Qadir was a genius, one of the greatest leg spinners of all time. And he was also the life of the dressing room entertaining the team with his wit & humour.

COAS expresses heartfelt grief on demise of cricket legend Abdul Qadir.
“Pakistan has lost a great sportsman and a human being. May Allah bless his soul and gives strength to the bereaved family to bear this irreparable loss, Aamen”, COAS.

They called him the magician for many reasons but when he looked me in the eyes & told me I was going to play for Pakistan for the next 20 years, I believed him.A Magician, absolutely. A leg spinner & a trailblazer of his time. You will be missed Abdul Qadir but never forgotten

Star all-rounder Shahid Afridi was sad to find out about his sudden death.

May Allah give courage to their families during this tough time InshAllah. Pls recite Fatiha for the two legends who elevated the name of Pakistan across the world

Ramiz Raja paid one of the best tributes.

His hand quicker than the eye, Abdul Qadir rolled over many a giants with a magnificent sleight of hand! Thank you for letting me watch it from short leg. The best legspinner of his era, he pioneered the art of leg spin in one day cricket. Bao ji, you will be forever missed.

Pakistan captain Sarfraz Ahmed was shocked to hear the news of his passing.

Absolutely shocking news to hear the sad passing Legend Abdul Qadir saab. May Allah SWT grant him the highest rank in jannah and his family the patience to bare the loss. #Ameen

He was not only a star for Pakistani fans but also had a massive fan-following across the border.

Just hearing the sad news that former Pakistani leggie Abdul Qadir is no more. During the 1980s he popularised then the dying art of leg spin bowling.#RIP

Abdul Qadir is no more..RIP bouncy little Fella with a very big heart..Yur contribution to Spin will be long remembered in Cricket World..more so in Pakistan whom U served with panache & devotion..Allah REHM Kareh..Heartfelt condolences to the Family Of Late Abdul Qadir.

Remember playing against Abdul Qadir, one of the best spinners of his times. My heartfelt condolences to his family. RIP. pic.twitter.com/iu03d45sJ0

Extremely saddened by the demise of Abdul Qadir the spin bowling stalwart from Pakistan. My heart goes out to his family and friends. #RIP

Pakistan Cricket Board (PCB) issued a heartfelt note on the passing of the leg-spin legend. Here’s what Ehsan Mani said:

We are devastated with the news of Abdul Qadir’s passing, and on behalf of the PCB, I want to express my deepest condolences to his family and friends. Apart from being a maestro with the ball, Abdul Qadir was a larger-than-life figure who was adored, loved and respected across the globe due to his excellent understanding and knowledge of the game, and strong cricket ethics and discipline. He played hard cricket within the spirit of cricket and in doing so, not only earned respect from his opponents but turned his foes into friends. Today, global cricket has become poorer with his passing. He will be missed but will never be forgotten.