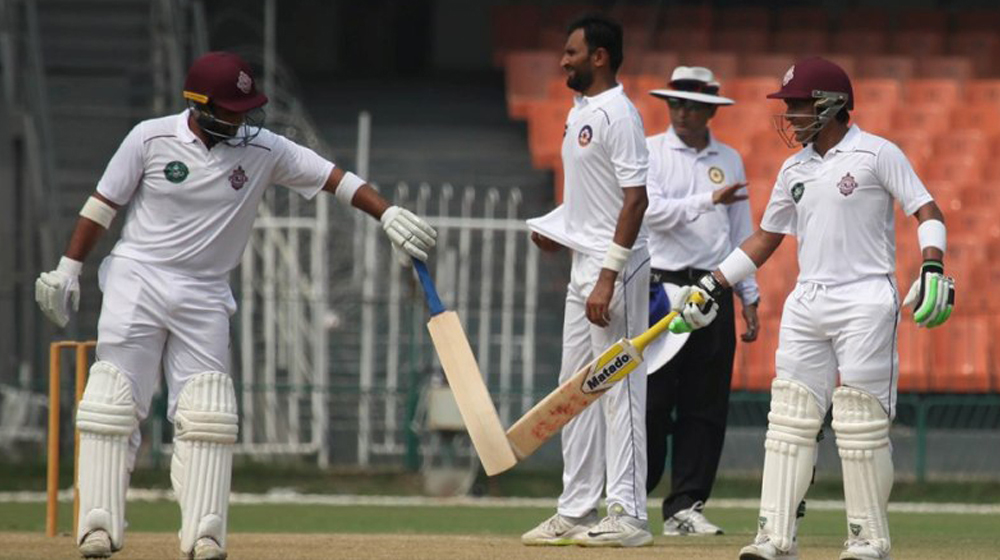 The recently revamped Quaid-e-Azam trophy sees all first three matches played in the first round end in high-scoring draws.

Due to flat surfaces and overly cautious approach by the teams, the batsmen cashed in on an opportunity to score big runs. A total of 9 centuries were scored in the first phase along with two half-centuries.

Pakistan skipper Sarfaraz Ahmed’s Sindh took on Balochistan at the UBL Complex but not even two innings could be completed as just 14 wickets fell across the four days.

Sindh, batting first, made 473-5 (dec) after openers Abid Ali and Khurram Manzoor put on a 212-run opening stand. Manzoor was finally dismissed for 105 but Abid went on to score a mammoth double-century as he finished the innings on an unbeaten 249.

Yasir Shah took three wickets for Balochistan but finished with expensive figures of 3-127.

In reply, Balochistan was at 355-9 at stumps on day four. Their innings was held together by the excellent Imam-ul-Haq, who made 152.

Pakistan batsman Asad Shafiq was the surprise star of the show for Sindh with the ball as he claimed 3-85.

Meanwhile, at the Abbottabad Cricket Stadium, Khyber Pakhtunkhwa came the closest to a victory after they made 526-9 (dec) and managed to bundle out Northern for just 262.

Following on, the Northern side had to battle on the final day to save the game but managed to do so after Asif Ali and Mohammad Nawaz both scored centuries to guide them to 433-6 at the close of play.

Over at the Gaddafi Stadium in Lahore, the Punjab derby also ended in a drab draw as just two innings could be completed.

Sami Aslam’s excellent unbeaten 243, alongside Adnan Akmal’s 113, took Southern Punjab to a mammoth total of 467. Central Punjab managed to eclipse that as five of their batsmen made half-centuries on their way to 473.

The game had become academic by the fourth day as Southern Punjab finished on 107-1 at stumps.