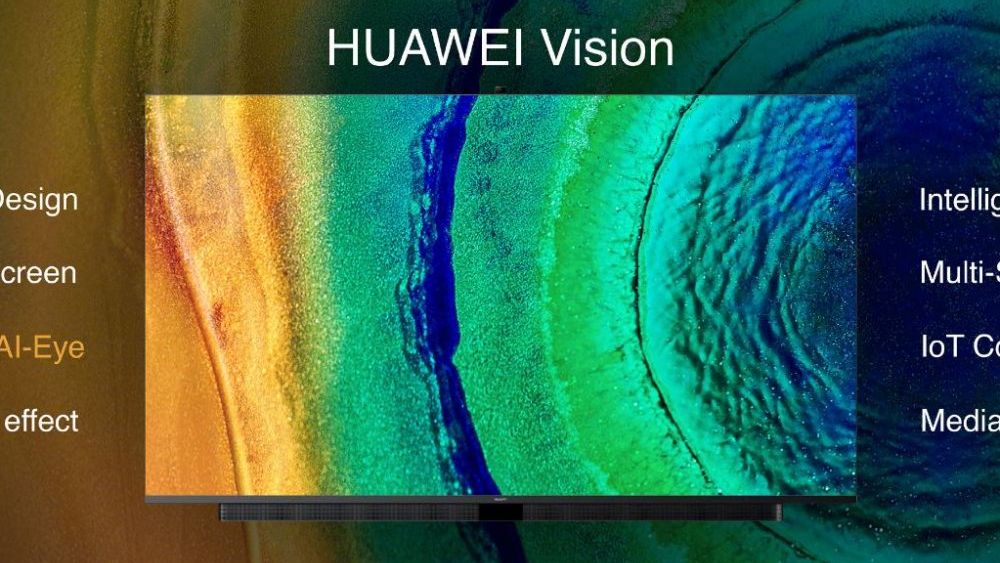 Following Honor Vision, Huawei has announced a smart screen under its own brand – Huawei Vision – which Huawei claims to be much more than just a TV. Just like the Honor Vision this one also runs on Harmony OS. Huawei Vision, the price for which hasn’t been announced, will initially be available in China before rolling out in other markets.

The Huawei Vision comes equipped with a plethora of smart features, justifying its tagline of ‘Make Intelligence Bigger’. For now, only 65″ and 75″ versions, with 4K Quantum Dot display and 120Hz refresh rate, have been commercially launched, whereas 55″ and 85″ will hit the markets later.

The product boasts all TV functions in addition to the intelligent interaction with IoT devices. The Honghu Smart Chip inside is used for AI Picture Quality Engine.

AI-Eye’s boasts impressive features such as AI Fitness (skeletal joint recognition) and AI Kids (pitch and body recognition for games) along with the usual video calls, face recognition and tracking. 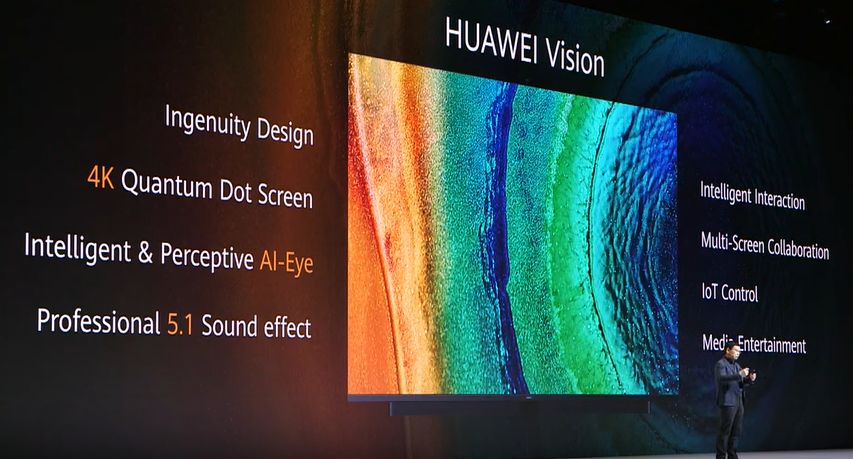 The slim touch remote controller offers agile control due to a circular touchpad, with One-Hop projection chip below the usual volume control buttons. 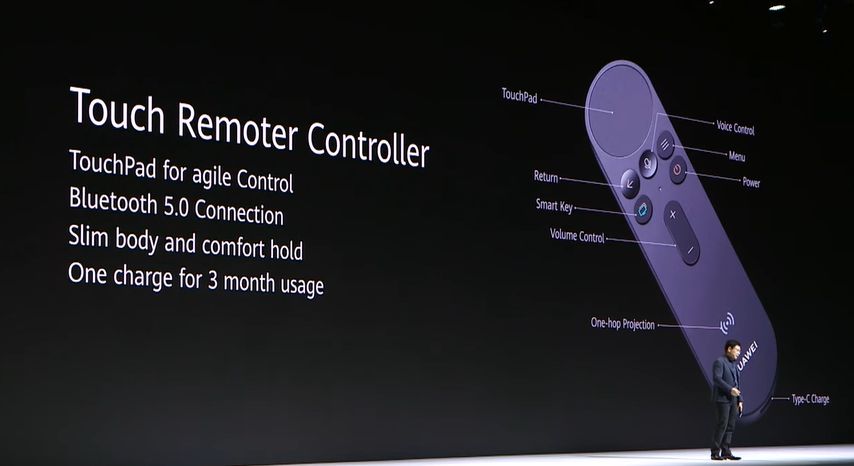 Needing to be charged only once in three months, the remote also features smart key, return, power, voice control, and menu buttons. The easy-to-hold remort also comes with a USB Type-C port and Bluetooth 5.0 connection.

What are your thoughts on Huawei Vision? Let us know in the comments section.