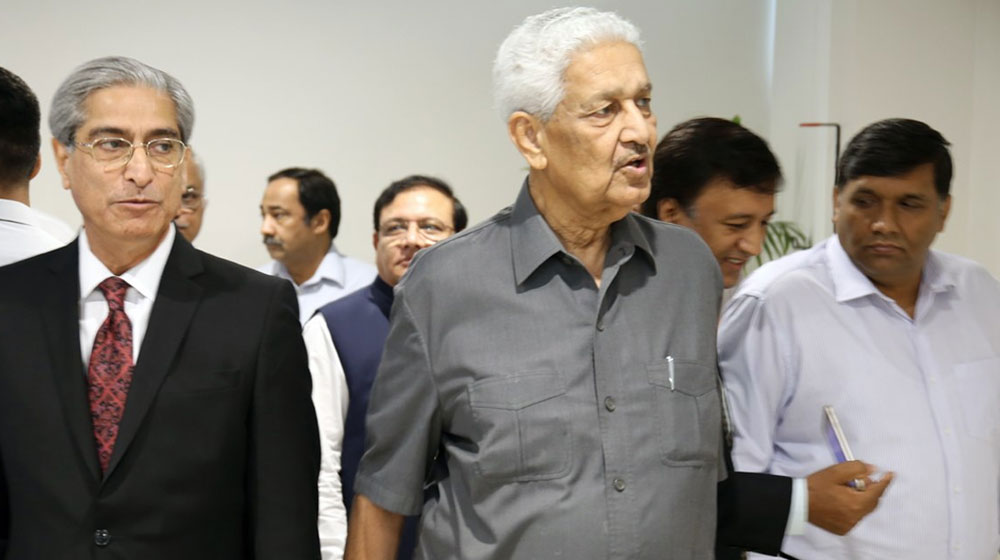 The father of Pakistan’s nuclear program, Dr. Abdul Qadeer Khan, has made a public appearance to refute the reports of his death.

Fake news in this regard had been circulating on social media. The rumor mill has been churning ever since the nuclear scientist was admitted to the hospital last night.

In a video message shared today, Dr. A.Q. Khan said that he is healthy and that all the reports regarding his death on social media are fake.

Alhumdulillah….😍
Just Shame On All that Who Spread The Fake News Abt Sir Dr Abdul Qadeer Khan…😡
Doob he maro tum sb😡 pic.twitter.com/3yprAjDvYm

Those who are circulating such misinformation are the enemies of Pakistan, he said.

Thanks to the Almighty, I am alive and well. Enemies are spreading fake news about my death. God willing, I will live on for a few more years.

He held a copy of a local daily to confirm that the video was made today.