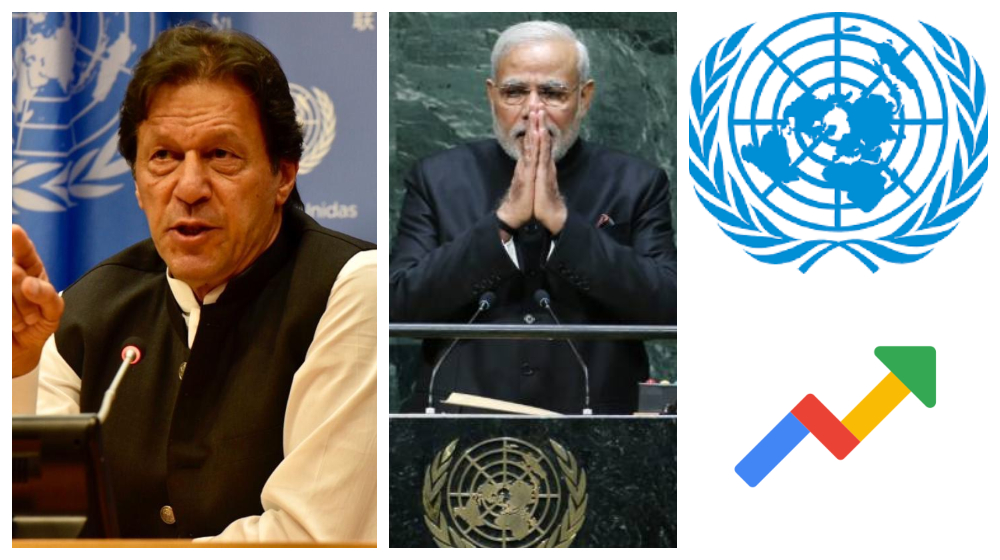 Prime Minister Imran Khan is a popular public figure across the globe. Google Trends has further validated the fact that Khan’s popularity has soared further in the wake of his United Nations General Assembly appearance in New York.

The premier is the second-most searched leader at UNGA, second only to the President of the United States, Donald Trump. His Indian counterpart, Narendra Modi is listed at the 5th place, despite India’s huge population.

Here are the top 5 leaders as per Google Trends:

Here are the most searched #UNGA leaders pic.twitter.com/yPSwCxqnLF

Imran Khan is particularly getting attention because of his stance on Kashmir. He had earlier promised to highlight the Indian atrocities in the heavenly valley as the ambassador of the people of Kashmir whose voices have been shut down.

What are your thoughts on the list? Let us know in the comments section.