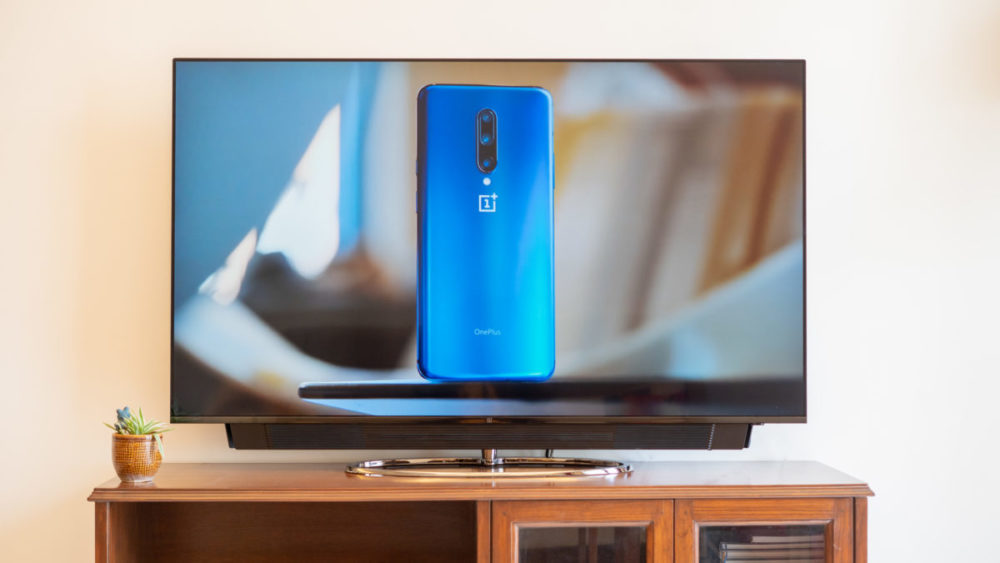 Along with its flagship killer, OnePlus 7T, OnePlus also launched its long-awaited 4K QLED Android Television series. The Q1 television series marks the company’s first step into the TV industry. Currently, the company has launched two televisions in its Q1 series, the OnePlus TV Q1 and TV Q1 Pro. Both TVs look like compelling devices and come with a plethora of interesting features.

OnePlus has put in extra effort to make the televisions aesthetically pleasing. They have a sleek design and a screen to body ratio of 95.7%. And according to OnePlus, both devices are equally pretty from the back as they do from the front. The remote looks a lot like the Apple TV remote and comes with a USB Type-C port for charging.

The televisions come with eight speakers, all with Dolby Atmos support. Six speakers are front-facing and two are rear-facing for a surround sound experience. Promising high-definition sound, the TV outputs 50W of sound between the eight speakers.

As the TV is turned on, the soundbar drops down. If not in use, the soundbar automatically retracts. It takes a total of 7.2 seconds to come out or retract and is optimized for 100 thousand actuations.

A new feature added to the system is Oxygen play, which will help users seamlessly switch between applications. OnePlus connect allows connecting Smartphones and television as well, which allows users to use the virtual trackpad on the phone and activate remote features.

The television series will be available in India from 28th September and the vanilla model with cost $987 while the pro version will set the users back by $1,411.