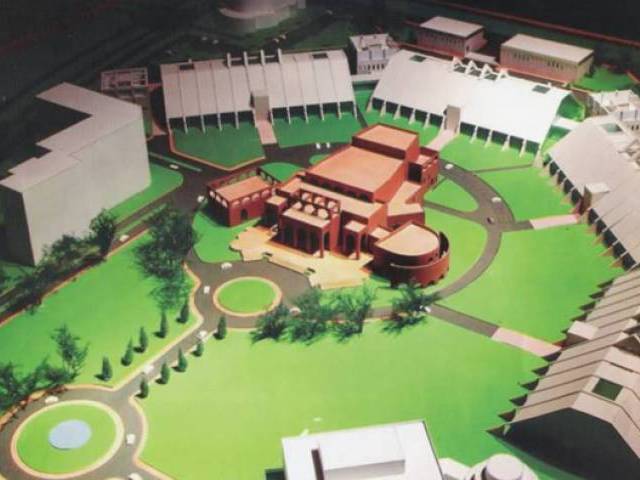 Pakistan’s largest expo center will be built in Faisalabad in a joint venture of Government of Punjab and Faisalabad Chamber of Commerce Industries.

The Memorandum of Understanding (MoU) was signed by Punjab Minister for Industries, Commerce and Trade Mian Aslam Iqbal and President FCCI Syed Zia Alamdar Hussain during a meeting at the FCCI Conference room.

The minister congratulated FCCI’s management and said that Punjab government will provide 70 acres of land at M-III Industrial Estate Sahianwala for the establishment of the biggest expo center of Pakistan. This will help attract foreign investment in textile and other industrial sectors and promote exports.

The Minister said that under the vision of Prime Minister Imran Khan, Punjab government is committed to providing facilities to industrialists and investors for improving economic activities and increasing employment opportunities. He said that Faisalabad is the central hub of the textile sector, with a large share in exports of different textile products.

He said that Punjab government will protect the interests of industrialists and investors and an inspection-less regime is being introduced for discouraging interference of government departments. The revenue collection and surveillance system have separated as well and no official can disturb the factory owner, he added.

The Minister said that the plan for industrial zoning has been finalized and Punjab government will provide a strong structure in the industrial zone for redressing the issue of growing residential colonies in and around the industrial areas.

He vowed that any kind of corruption in industrialization departments will not be tolerated and the issues faced by the industrialists and traders will be resolved on priority, as directed by Prime Minister Imran Khan.

Furthermore, he informed that a third party system is being introduced for the inspection of the boilers of the factories to eliminate the harassment of boiler inspectors; however, safety and security of the boilers will be insured with taking the measures of making an insurance policy.

He further stated that the reforms had been made for the inspection of weight and measures now monitoring and surveillance could be made better in this regard. He assured that the issues and problems identified by the FCCI management will be taken up with concerned departments for their early solution.

Earlier, President FCCI Syed Zia Alamdar Hussain welcomed the Minister Industries, Commerce and Trade and appreciated the industrialization policy of Punjab government. He said that constant interaction between the Ministry of Industry and the industrialists will help in promoting the maximum investment for strengthening the economy.

He also apprised the Minister of the issues being faced by the business community including levy of sales tax and other taxation.

He also reviewed the project of Allama Iqbal Special Economic Zone being established near Sahianwala on more than 3000 acres of land. Chief Operating Officer FIEDMC Amir Saleemi gave the briefing to the Minister.