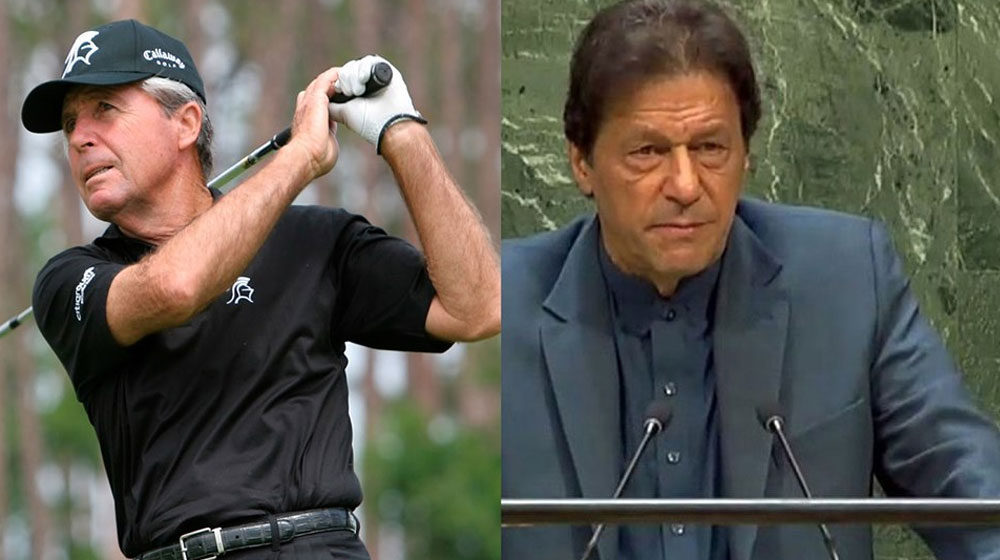 Gary Player – one of the greatest golfers in the world – has praised Prime Minister Imran Khan and his role for world peace.

In a video message that went viral on Monday, the South African said that he has been following Imran Khan and counted him among one of his heroes, besides Nelson Mandela.

“I just like to get this message through to you… I wish I had the words of Shakespeare or Winston Churchill to give you the credit that you deserve,” Gary said, adding that he was proud of PM Imran for his efforts to ensure regional peace.

Gary believes that Imran Khan will need another two years or so to get his message [of peace] across the world, and wished him good luck.

Who is Gary Player?

He became the youngest Career Grand Slam-winning player of his era at the age of 29. He held the record for over a decade which was then broken by Nicklaus (26) and Tiger Woods (24).