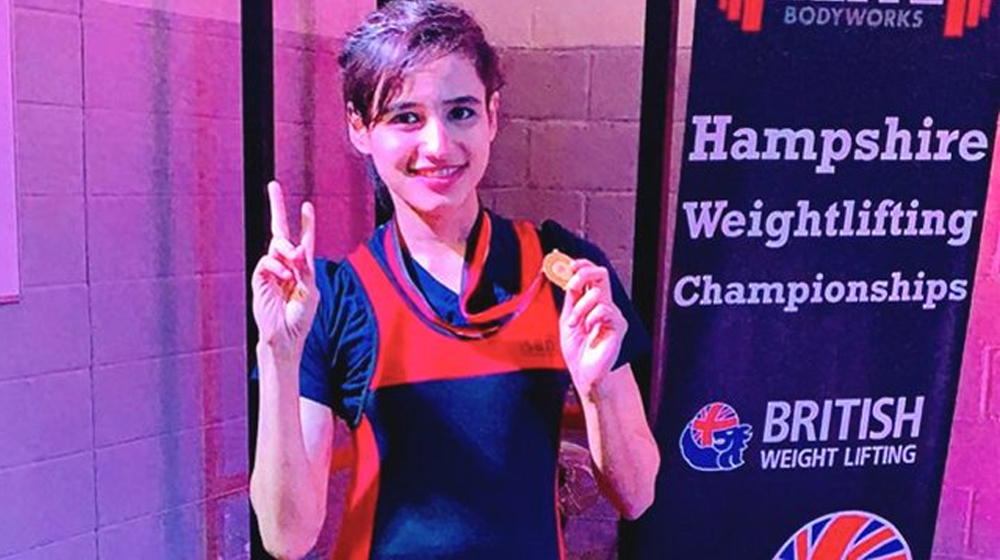 Pakistan’s Rabia Shahzad has won a gold medal for the country in the Hampshire Weightlifting Championship.

Rabia, an IBA student aged 21, has continued her winning streak against all odds; she previously bagged the silver medal in the Welsh Open Championship despite being without a coach and suffering from fever.

The Hampshire Weightlifting Championship winners were judged on the basis of Sinclair points, which calculates the athlete’s weight with the total weight they lift during the competition.

Rabia beat eight other weightlifters in the competition and won the gold medal with 144.8 Sinclair points.

After registering the victory, talking to media, Rabia said:

It was a different experience for me; events in the UK are usually held on the basis of Sinclair points instead of different weight categories and I am happy to be winning the gold medal here.

“I earned 144.48 points while the second-position athlete had got around 144 points, so it was a narrow win and a good competition,” she further added.