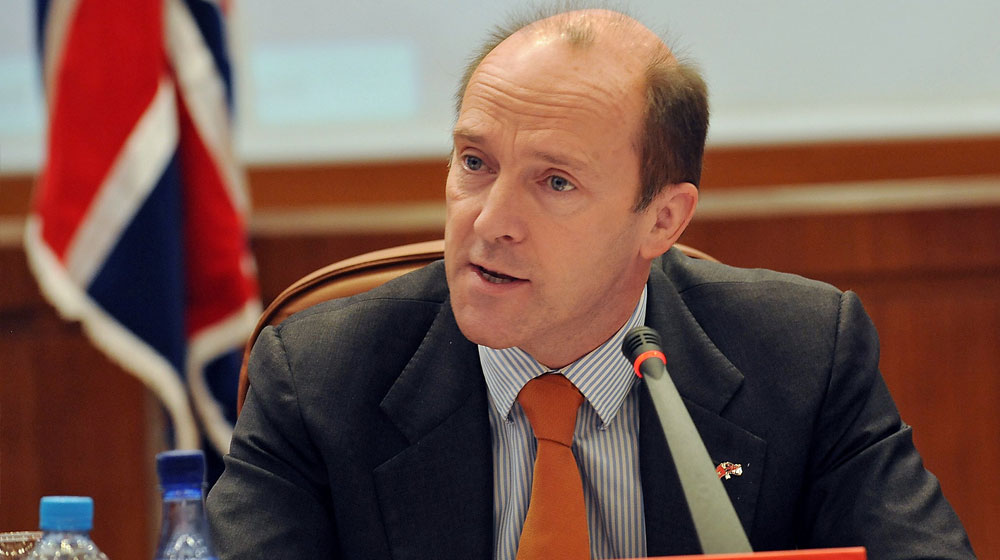 A former British Army General has commended Pakistan’s improving security situation, saying that the country has established order under the current military command.

Major-General (retired) Jonathan David Shaw made these remarks in his article for the UK-based Spectator magazine.

David believes that the visit of the Duke and Duchess of Cambridge to Pakistan is “showcasing Pakistan as it is today” rather than the past. He said the successful tour of the Royal couple in which they visited at least three cities of the country over five days, speaks volumes of its improved internal security.

With Pakistan’s improving security and economic condition, the country is slowly emerging as a key player in regional and global politics under the incumbent political leadership, he wrote.

Gen. Shaw, the former head of the SAS, and the two-star in charge of Pakistan policy urged the world leaders to show more respect towards the country.

Now is not the time to ask for more from Pakistan; now is the time for the world to give more respect to Pakistan.

Heaping praises for General Qamar Bajwa, he said that the Pakistan Army Chief has proved himself “an able interlocutor” in trying to de-escalate regional tensions.

He also lauded the army’s decision of fencing and intensive vigilance on the Pak-Afghan border to eliminate any chances of cross-border terrorism.

I visited the Khyber Pass section of the 833 km fence, with 700 guard forts along its route, soon to be augmented by CCTV and sensor devices. This $1bn effort has choked off the Haqqani and TTP terrorist networks.

He praised how the new military and political leadership has made positive progress and arrested the terrorists on US ‘watch-list.’

Jonathon wrote that his broad vision for the overhaul strength of Pakistan is one of the reasons why Prime Minister Imran Khan offered him a three-year extension starting next month.

And he is well-matched to his PM, who has shown strength and courage with his anti-corruption drive, his Peace and Prosperity agenda and his release of the Indian pilot shot down in the Pulwama incident in Kashmir this February.