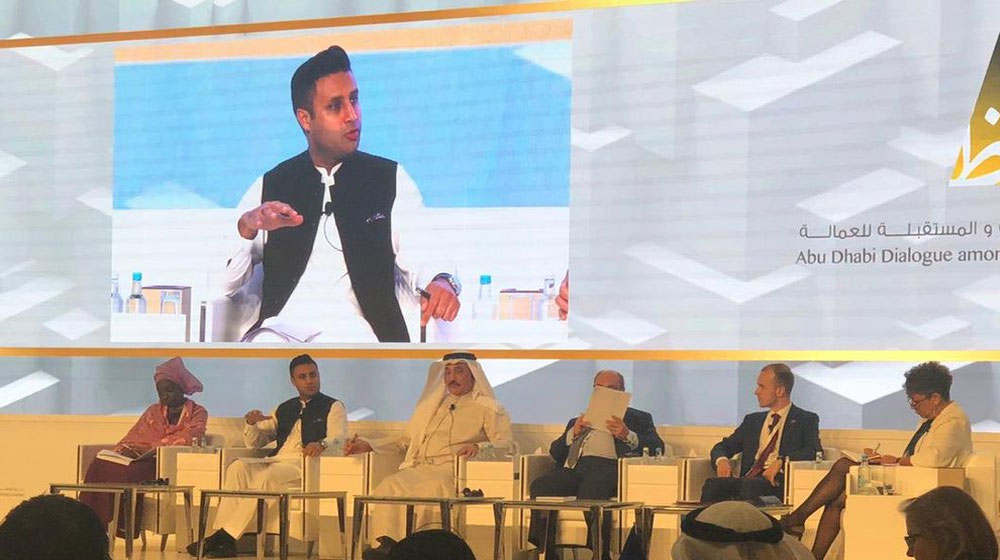 Pakistan is going to digitally connect its job portal with the United Arab Emirates (UAE) to simplify the hiring process of skilled workers.

This was decided in a recent meeting between Special Assistant to the Prime Minister on Overseas Pakistanis & Human Resources Development, Syed Zulfikar Bukhari and, Minister of Human Resources and Emiratization of the UAE, Nasser Bin Thani Al Hamli.

During the meeting, the two dignitaries discussed the historical relations between the two countries and stressed further bolstering the ties in line with the vision of their leaderships.

On the occasion, Zulfikar Bukhari proposed the idea of synchronizing the data of the country’s technically sound workforce with the UAE Ministry of Human Resources.

Nasser Bin Thani Al Hamli not only liked the idea but also agreed to work closely to realize it. The development may open new avenues for Pakistanis in the UAE.

The two officials also underscored the need for early implementation of previously signed MoUs in this regard.

Syed Zulfikar Bukhari said that digital connectivity will provide the Pakistani workforce with maximum opportunities in UAE. Moreover, it will also cut the recruitment cost, making the process fair, efficient, and transparent.

The UAE minister also acknowledged the role of Pakistani human resources in the development of his country.

The two countries share a long history of a brotherly relationship. Currently, over 1.2 million Pakistanis are working in UAE, constituting 12.5% of the country’s total population. The trade between the two countries stood at $9 billion in 2018.