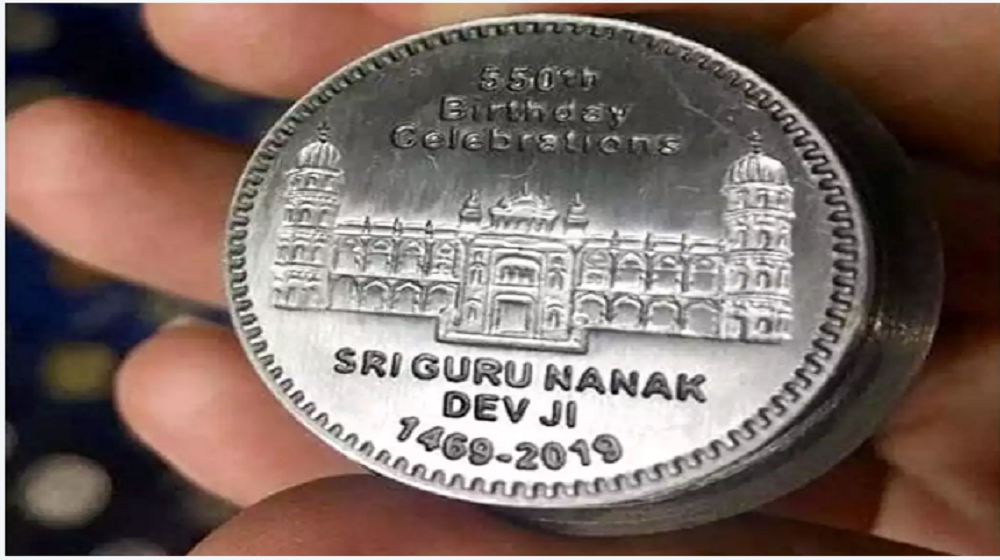 State Bank of Pakistan has received an overwhelming response from the Sikh community as more than 46,000 commemorative coins of Baba Guru Nanak’s birth anniversary have been distributed. The coins were valued at Rs. 25.3 million and were sold out in less than 10 days.

According to an official, the commemorative coin had a high demand due to its religious attachment in the members of the Sikh community.

”’We are getting queries from different countries of the world for the purchase of the coins by the members of the Sikh community,” he added.

The central bank has prepared one million coins aimed at facilitating the Sikh community as a gesture for promoting peace and harmony. It is working to ensure the timely supply of this coin to various offices across the country.

The commemorative coin was unveiled on November 12 to mark the 550th birth anniversary of Baba Guru Nanak, the founder of Sikhism, at SBP headquarters. On the occasion, a delegation of Sikh community led by Sardar Ramesh Singh Khalsa, Patron in Chief Pakistan Sikh Council was also present who termed the issuance of the coin as a special gift for 140 million Sikhs living all over the world.

The value of the coin is Rs. 550, the same as the anniversary of Baba Guru Nanak. The coin has been featured with the picture of the monument of Sri Guru Nanak Dev Ji along with the wordings of “550th Birthday Celebrations” and “1469-2019”.

The commemorative coin is available through the exchange counters of all field offices of SBP Banking Services Corporation. It is also available at Nankana Sahib Gurdwara and Shrine of Baba Guru Nanak at Kartarpur Sahib.

In recent years, SBP issued commemorate coins for paying a tribute to two great personalities—Abdul Sattar Edhi and Dr. Ruth Pfau. The value of these coins was Rs. 50 and were also quite popular among the public and coin collectors.

Earlier, the central bank also issued commemorative coins with the values of Rs. 10 and Rs. 20 highlighting the Pak-China Friendship.

The issuance of commemorative coins started on the birth centenary of Quaid-e-Azam Muhammad Ali Jinnah when three coins were issued. Twenty-seven coins commemorating various personalities and occasions have been issued, including the 100th and 150th anniversaries of Islamia College Peshawar and Lawrence College.