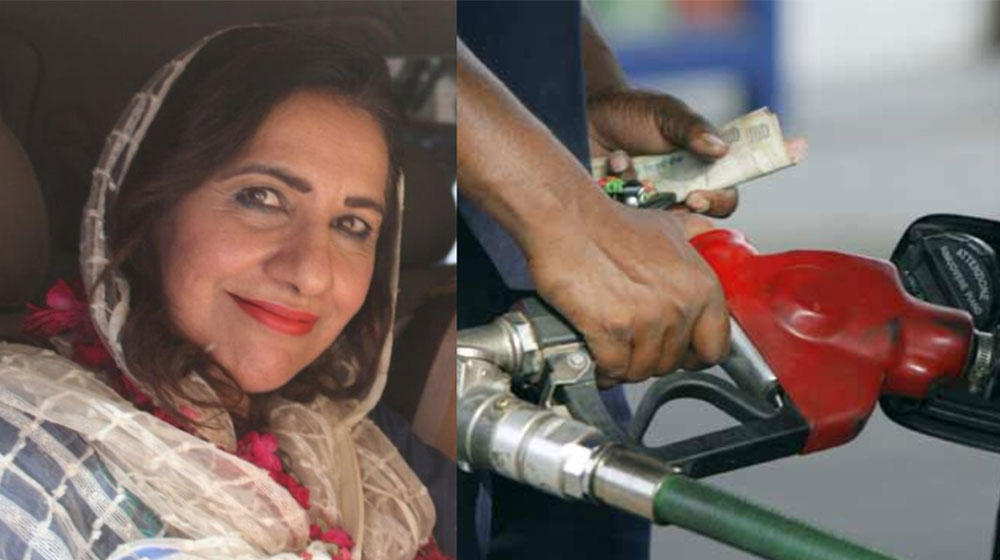 Prime Minister’s Advisor on Finance, Dr. Abdul Hafeez Sheikh’s claimed that tomatoes are being sold for Rs. 17/kilogram when they were being sold at over Rs. 250 per kg. The news has been making rounds on social media for quite some time now.

Another PTI leader has now come up with a similar statement to compete with the country’s acting finance minister.

PTI MNA from Punjab, Uzma Kardar, has now claimed that petrol is available at Rs. 75 per litre in the market. She made the claim on camera, outside the parliament.

The trend has become so common now that the people don’t even get surprised by the repeated goofs.

I have said it once, and I will say it again; their disconnect with the people of Pakistan is beyond astounding. https://t.co/M8cbeBbN91

Another one questioned her competency.

#PTI MNA Uzma Kardar says Petrol is available in Pakistan for Rs 75 per liter. Sadly, these incompetent people are ruling our country. pic.twitter.com/e1E4VTyvhS

Truth has been spoken.

What is your opinion on PTI’s governance? Let us know in the comment section.