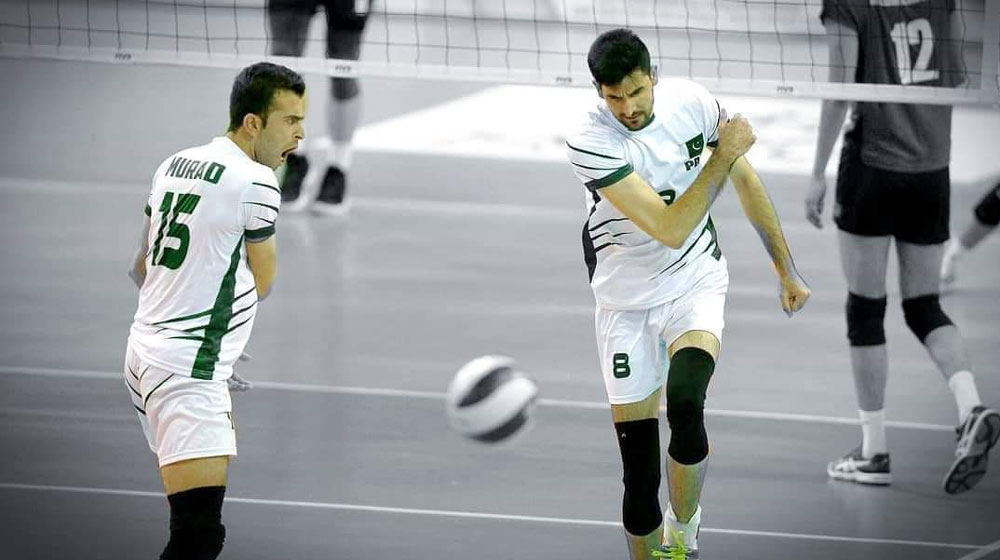 Pakistan’s Volleyball team doesn’t get the spotlight often, however, their recent win against India did just that.

Netizens have swept the internet with congratulatory messages for Pakistan’s Volleyball team for their win over India in the Asian Volleyball Championship match.

The match was played for the seventh position in the tournament at Tehran’s Azadi stadium, in Iran.

The national team did fairly well in the tournament but they lost close matches against Australia and Japan.

It could have been just another game between Pakistan and India, but given the current circumstances when the two militaries are in a standoff over Kashmir, it was a matter of pride for each country.

That was when Tehran’s Azadi stadium heard the roaring chants of “India, India, India.”

Pakistan bounced back when it really mattered and won the final set a by a huge margin of 15-6 to secure the seventh position in the tournament.

DIL DIL PAKISTAN, JAAN JAAN PAKISTAN 💚 After listening to India India chants throughout the game of 5 sets, this is how Pakistan Volleyball Team walked off after winning the match ❤#PakistanZindabad pic.twitter.com/h6Qd0oD697

The comeback was talked about on Twitter as the team was hailed for their victory against India.

Here is how the people are reacting to Pakistan’s win over India:

Another one.. Pakistan Zindabad 💚 pic.twitter.com/YgkKy73Bit

That is a proper achievement, if we invest property in volleyball we can earn medal at least on Asian level

So #Pakistan defeated #India 3-2 at the Asian senior men's Volleyball Championship in Tehrab, of course the team celebrated it. However can't get over how it just turned into the person standing in the middle…
Video credit: Pak Volleyball Fed. pic.twitter.com/1fjWHn3E5R