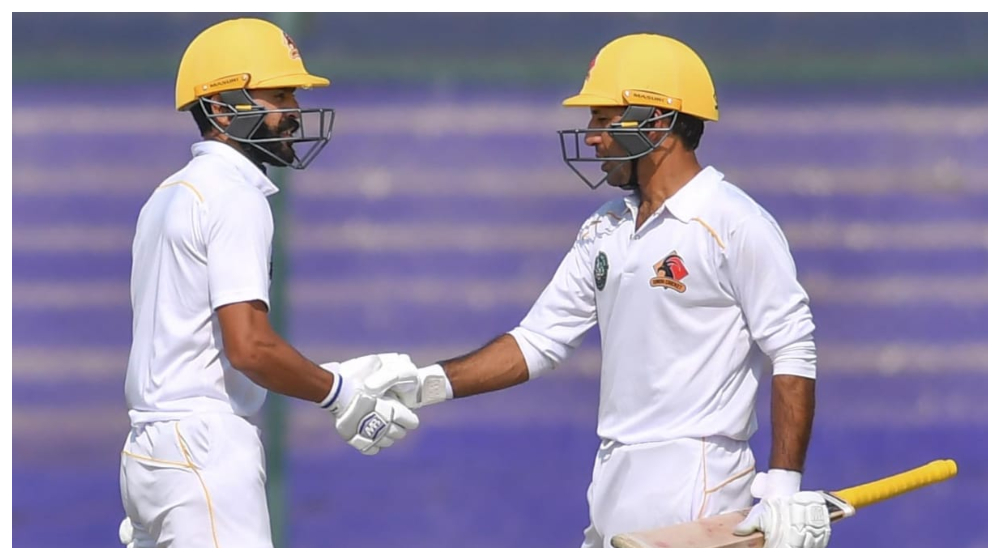 Update: Fawad Alam has completed his double century at National Stadium Karachi in a QeA match against Southern Punjab. He has now departed after scoring 211 runs from 309 balls.

Pakistani run-machine in the domestic circuit, Fawad Alam has scored his 3rd century of this season in the Quaid-e-Azam trophy for Sindh, taking his overall tally to 33. In the process, the 34-year-old has completed his 12,000 first-class runs.

It is no longer a surprise for many cricket lovers in the country that Fawad Alam has completed yet another ton considering he keeps doing it at will, whenever he wants. His performances, however, are still not worthy of a comeback to the Pakistan Test team.

Following his double century, social media is full of praise for the left-handed batsman. Fawad Alam is currently trending on Twitter and let’s see what the social media users have to say about his century:

Fans are hoping for his return to the squad on home soil in the series against Sri Lanka.

centuries this season perhaps will turn fruitful for Fawad Alam. How good if much awaited comeback is made on home soil? Fans raising voice in support of Fawad for years will cherish his comeback infront of them. Wait for squad announcement of home test series vs SriLanka!#QEA19

Will this prove to be an eye-opening ton?

Another day and another century for Fawad Alam. Salute to his dedication. Seriously wonder who did he piss off to get such treatment from the selection committees and team managements over the years?

Cricket lovers have already decided who should be dropped to accommodate Fawad.

33rd FC Century & 12000 runs landmark completed for Fawad Alam… If @captainmisbahpk bhae can't drop Iftikhar for him, he should think of droping @asadshafiq1986 for him… #FawadAlam

He’s an epitome of dedication.

If you ever feel down, look towards Fawad Alam. An elite performer, with everything that we are looking for, is sitting out of the national reckoning. What else he needs to do to get selected? #Astonishingandequallystupid

How many more hundreds before he gets THE CALL.

No reason at all.

Fawad Alam scored his 33rd First Class century today; second in the last two weeks. Also completes 12000 First Class runs. He has got to be the unluckiest performer. There's no reason why he is not representing Pakistan in the Test team at least.

PCB is consistently ignoring him.

Not picking Fawad Alam despite performance is the only consistent thing in PCB. https://t.co/JqMdesMl0u

There are some serious flaws in our system.

Do you think Fawad Alam should be included in the series against Sri Lanka? Let us know in the comments section.