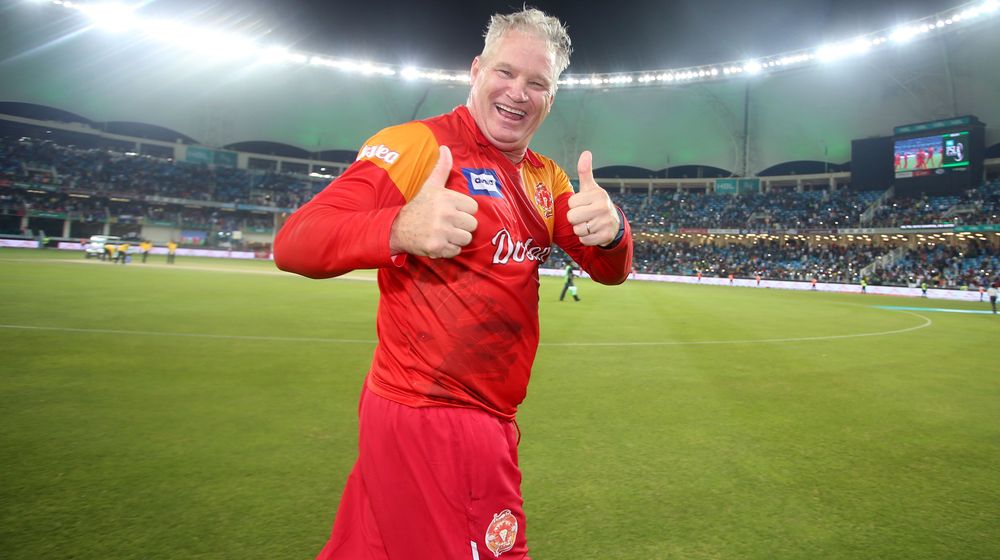 Most of the Pakistanis can’t speak English fluently and rightly so, because it isn’t our first language.

While we Pakistanis often criticize our athletes for speaking broken English, former Australian cricketer and Islamabad United coach, Dean Jones has won our hearts after defending a fast bowler for trying to speak the language during an interview.

“Just heard an interview with a Pakistani fast bowler at the Adelaide Oval on Fox sports and I can say with a fair bit of certainty that I didn’t understand one word”, an Australian news journalist tweeted earlier today.

Jones had a perfect response to the tweet, telling him that Australian players don’t speak Urdu when in UAE.

English is their second language and our guys don’t speak Urdu when they are in UAE for matches when being interviewed.

He also said that that at least he tried to speak English during the interview.

At least they try Tony… English is their second language and our guys don’t speak Urdu when they are in UAE for matches when being interviewed.. https://t.co/XjBdh9SJKi

The reply won over a lot of Twitter users from not just Pakistan but across the globe as well, who are giving examples of other sports especially football where athletes are interviewed in their local languages.

Love you Professor Deano!
I'm an Indian but your reply cockled my heart no ends ♥️😊

Thank you for underlining that fact. In most cases, it is Urdu which is the second language. English is often a distant third language if at all. Pakistan is 220 million people and speaks 74 languages. English is merely a foreign language for us not a yardstick of any sort.

Mr Tony they are paid to play cricket and not to give you interview.. If you genuinely wanted to know their views you should have taken the interpreter.. Bingo Deano.. Good shot

Very well said, Deano. In many of the Sports, there are Champion players who do not speak English. Unfortunately, since Cricket has been limited to mostly British Ex-colonies, de-facto expectation has become that people would be expert in English. Cannot be the case always

👏 well said. Have never understood why such a big deal is made of Pak or Ind players not able to speak English. They are doing so just to make those understand who can't speak their language. Kudos Deano

If I could choose between speaking English and playing Test cricket for my country, I would choose playing for my country every day of my life. These players make the same decision. There have been billions of people who could speak English. Only a few thousand Test cricketers.