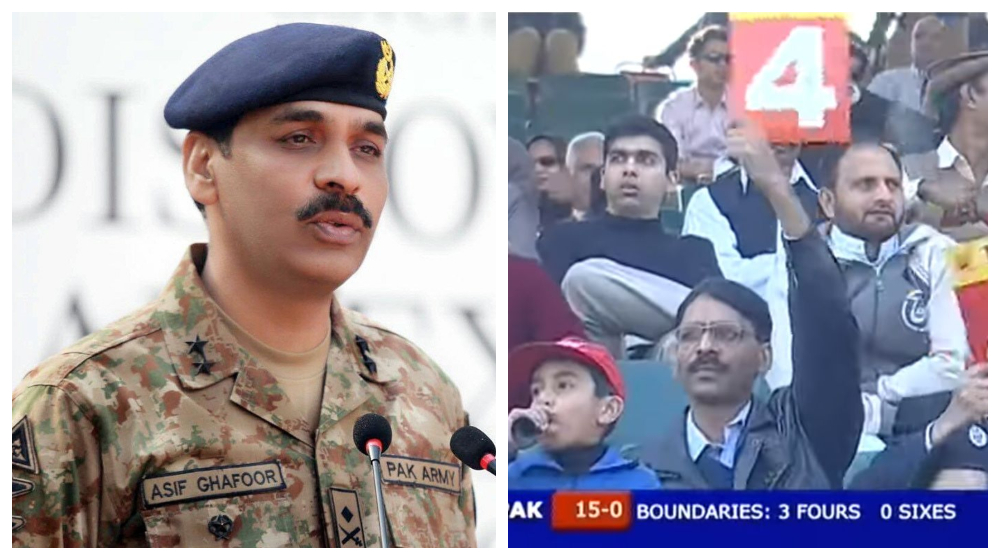 With all the memes going around, scrolling through social media can be quite entertaining.

A Facebook channel going by the name of Mehdi Memes – you might have heard of it – has discovered that the Director-General of Inter-Services Public Relations (ISPR) is, and always has been, a true fan of cricket.

In a post, the page shared a screenshot of an old cricket match between Pakistan and England. So, we decided to watch the highlights of 5th Pakistan vs England ODI at Rawalpindi in 2005, and couldn’t find better laughter material. 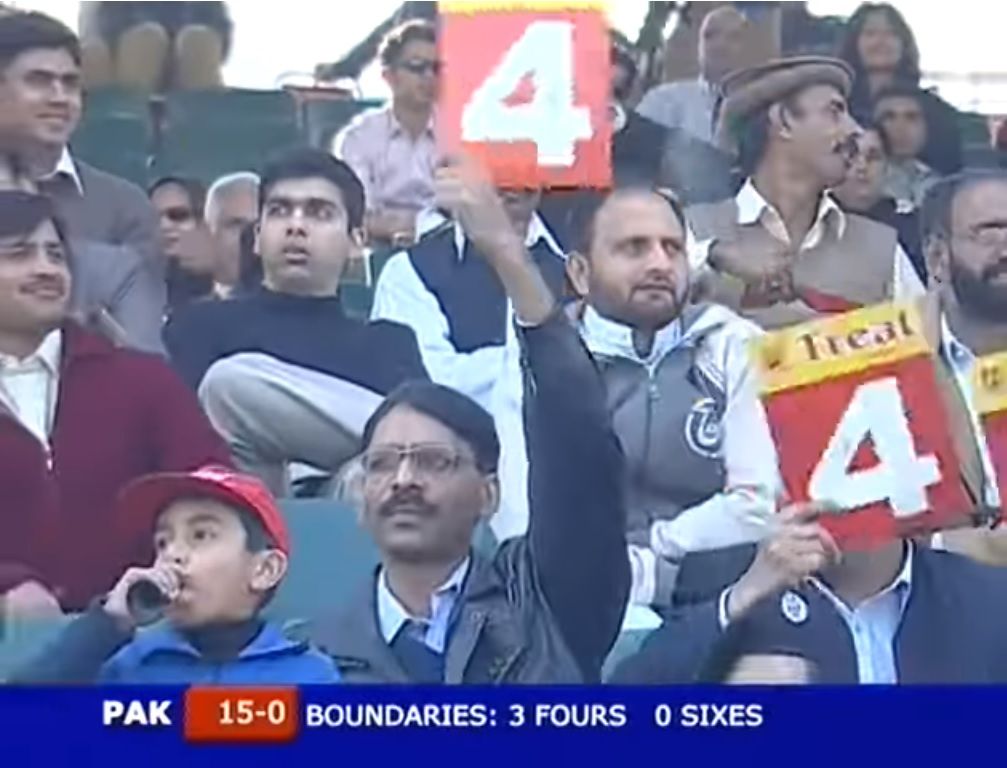 The resemblance is uncanny and you can’t help but notice a cricket fan waving a boundary placard as Salman Butt hits a classical four off his pads. He looks exactly like Asif Ghafoor and it has already turned into a hot meme on social media.

The mustache resembles that of the DG ISPR, however, the glasses… not so much.

What are your thoughts? Let us know in the comments section.