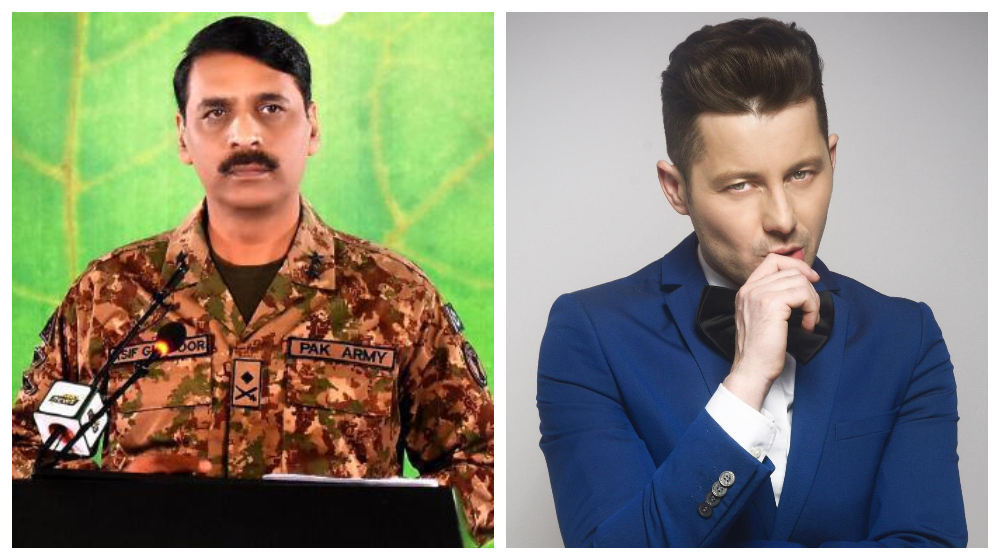 Famous Romanian singer, Adrian Sina, has once again taken a dig at the infamous Indian Wing Commander, Abhinandan Varthaman, on his recent visit to Pakistan.

The singer was invited for tea by DG ISPR, Major General Asif Ghafoor in reply to one of Adrian’s tweets, saying “A fantastic cup of tea is scheduled in my office”.

The Akcent lead shared a video of his meeting with ISPR spokesperson where he said that “the tea was fantastic”.

“Hello, I am Adrian Sina from Akcent. I am so happy that I have had the chance to travel a long way, from Bucharest, where I live, to Pakistan, to meet the general”, the Romanian star said.

The video was shot in front of a picture gallery where the images of Pakistan Air Force’s victory against Indian in February were displayed.

I discovered once again that the Pakistani tea is fantastic.

Earlier on Defence Day, the singer took to Twitter to mock the captured Indian pilot, saying “Happy Defence Day Pakistan and the tea was fantastic”.