Pakistani investigators have compiled a list of all the girls and women trafficked to China as brides in the last couple of years.

The list, in possession of Associated Press, reveals that as many as 629 Pakistani women were sold to Chinese people as brides.

The scandal had first come to light in June this year on the back of an aggressive media campaign. The initial investigations revealed that the traffickers lured poor girls into contract marriages and moved them to China. There, they were later forced into prostitution and were brutally tortured on refusal.

Following the hue and cry on social and mainstream media, several Chinese nationals were arrested. The government cashed it as a major breakthrough against the trafficking rackets and said that such operations had halted in the country.

As per one of the investigators, the drive against Chinese traffickers has been halted allegedly on government pressure which does not want to bitter its ties with Beijing.

It is evident from the fact that in October this year, a Faisalabad court had acquitted 31 Chinese nationals arrested on trafficking charges and the incident wasn’t reported on media.

These people were released due to lack of evidence. Several Christian women who were recovered from these traffickers refused to testify in the court after they were allegedly either threatened or bribed into silence. 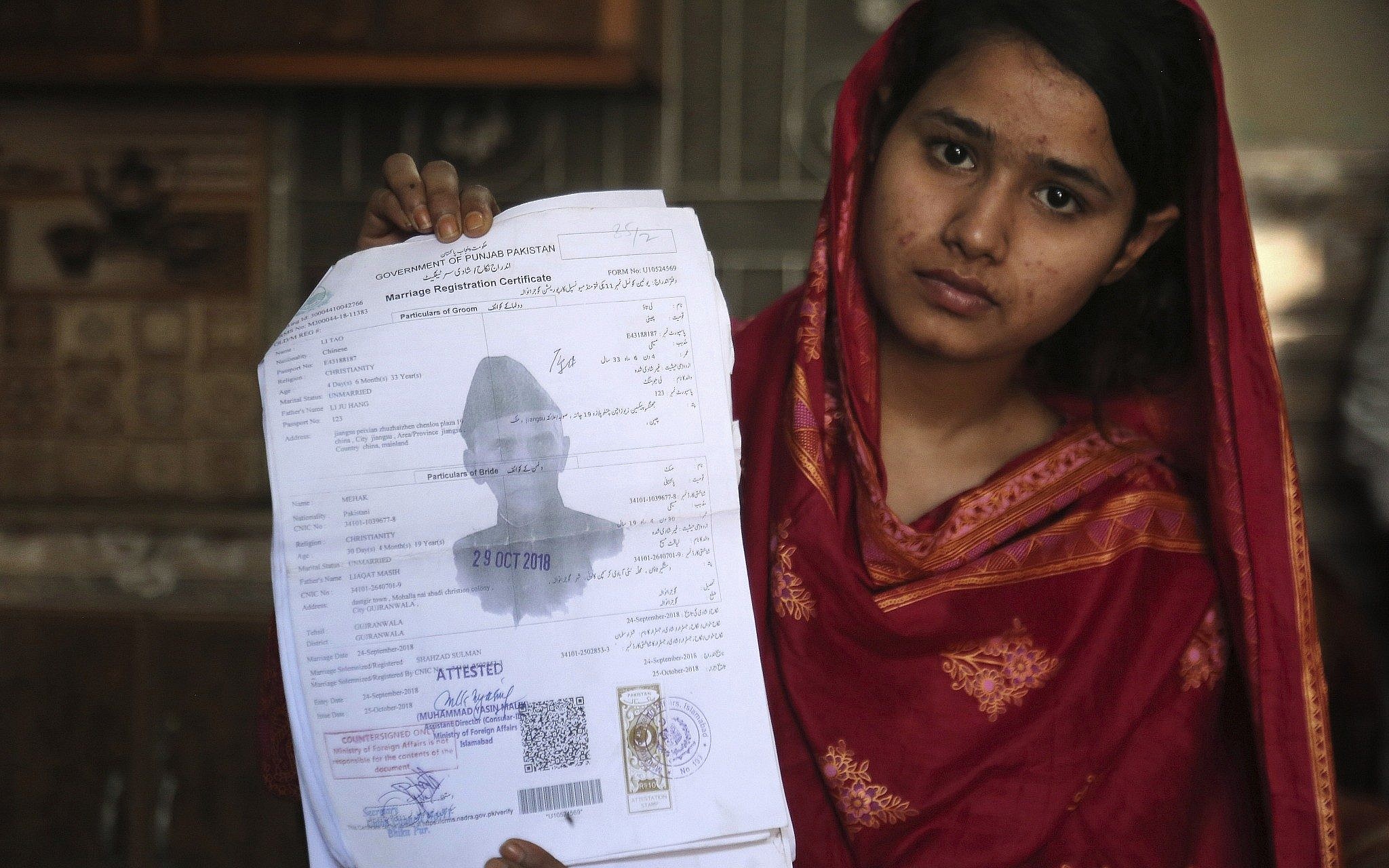 According to Saleem Iqbal, a Christian activist who helped parents recover their daughters, the Federal Investigation Agency (FIA) is also being pressurized against pursuing the investigations.

Some (FIA officials) were even transferred. When we talk to Pakistani rulers, they don’t pay any attention.

Iqbal alleged that the authorities have closed their eyes on the issue. He claims that the investigations have been slowed down, media has been pressurized to silence while these networks are continuously growing.