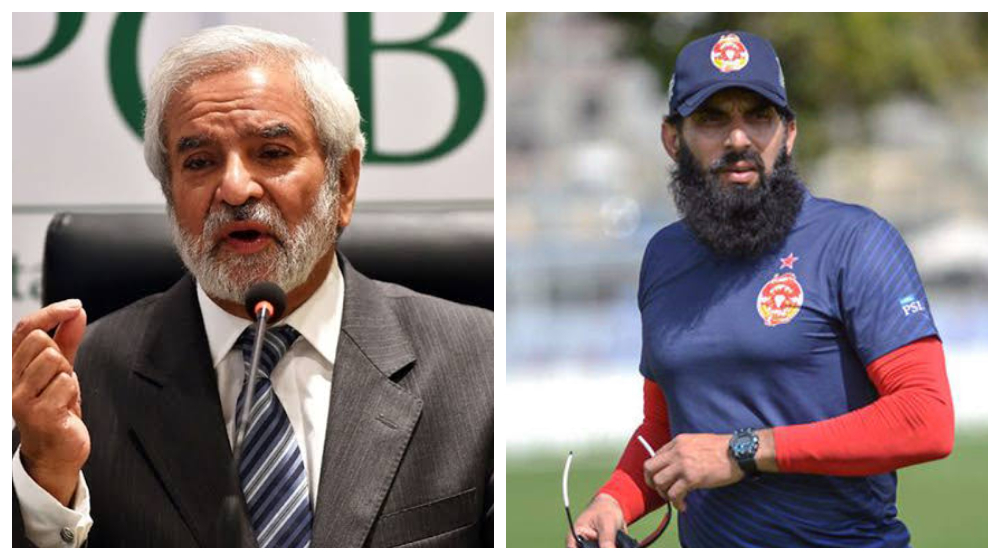 Pakistan Head Coach and Chief Selector, Misbah-ul-Haq has been facing plenty of criticism for his multiple roles with the Pakistan Cricket Board (PCB) and the cricket’s governing body is also worried about the dip in team’s performance.

In an interview with a local cricket website, PCB Chairman, Ehsan Mani explained the dual role of Misbah, saying that its the general trend in cricket while also giving the example of football where the manager runs a one-man-show.

Mani, however, is open to rectifying the board’s mistake if the move doesn’t work out in a year’s time.

It’s early days but if this decision does not work out, in the next year or so, we will have no hesitation in removing Misbah from the role.

The 74-year-old disagreed with the notion that Misbah is calling all shots single-handedly, saying that “he has an independent committee of six regional selectors who have a say in the selection policy and the final decision is a unanimous one”.

Talking about having 45-year-old Misbah as the coach, Mani clarified that it was done to prevent the communication barrier between the players and the coach.

“I had said earlier that there will be no conflict of interest, and I still stand by it, but in Misbah’s case we were told that he already had a contract with Islamabad United so we had to honor it”, Mani told about the former captain’s issue of conflict of interest.