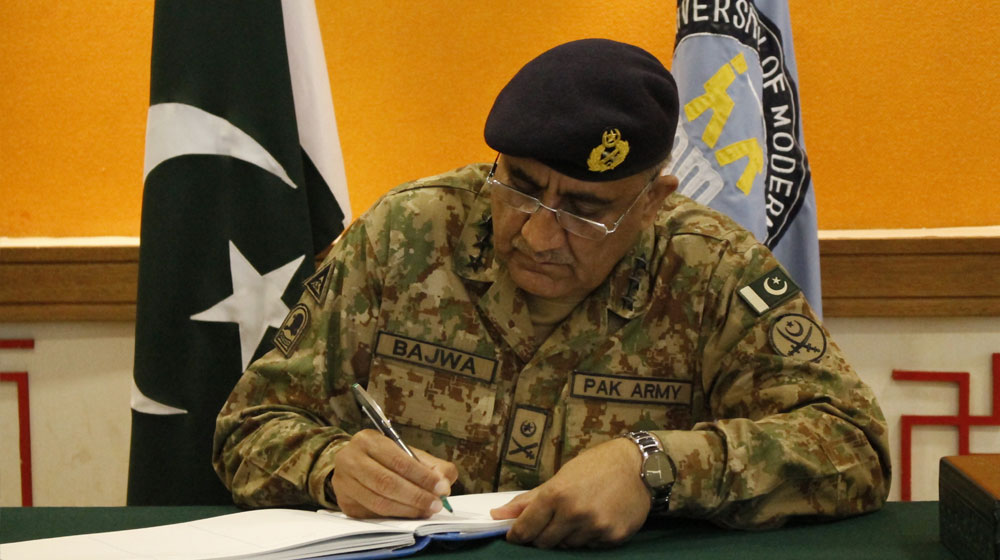 The Supreme Court of Pakistan (SC) has issued its detailed verdict in a case related to Chief of Army Staff General Qamar Javed Bajwa’s extension.

In its short order on November 28, the Apex Court had given the government a six-month deadline to formulate laws and redefine the Army Act’s clauses about Army Chief’s retirement extension.

In the detailed verdict, penned by Justice Mansoor Ali Shah, the top court said it “explored the scope of Article 243 of the Constitution, reviewed the Pakistan Army Act, 1952, the Pakistan Army Act Rules, 1954,” and found that the said laws fall deficient of the structural requirements for army chief’s extension.

There is no provision in the law for extending service of a General for tenure, nor is there any consistent and continuous institutional practice of granting such extension.

Justice Shah added that in the absence of the relevant laws, summaries for the reappointment or extension were “meaningless.”

The judgment added that the court had granted General Bajwa a six-month extension in light of the attorney general’s assurances for legislation as well as the importance of the army chief’s responsibilities.

It warned that the extension will stand terminated if the government failed to introduce specific laws within the allotted duration.

CJP noted that the post of Chief of the Army Staff (COAS) holds more powers in many ways, adding that “unbridled power or position, like unstructured discretion, is dangerous.”

He expressed shock over the fact that the terms and conditions of service of COAS, his tenure, extension, and reappointment remained unregulated so far.

Justice Khosa ended his note by saying that the democratic maturity of the nation has reached a point where his Court can proclaim that the law is above everyone.