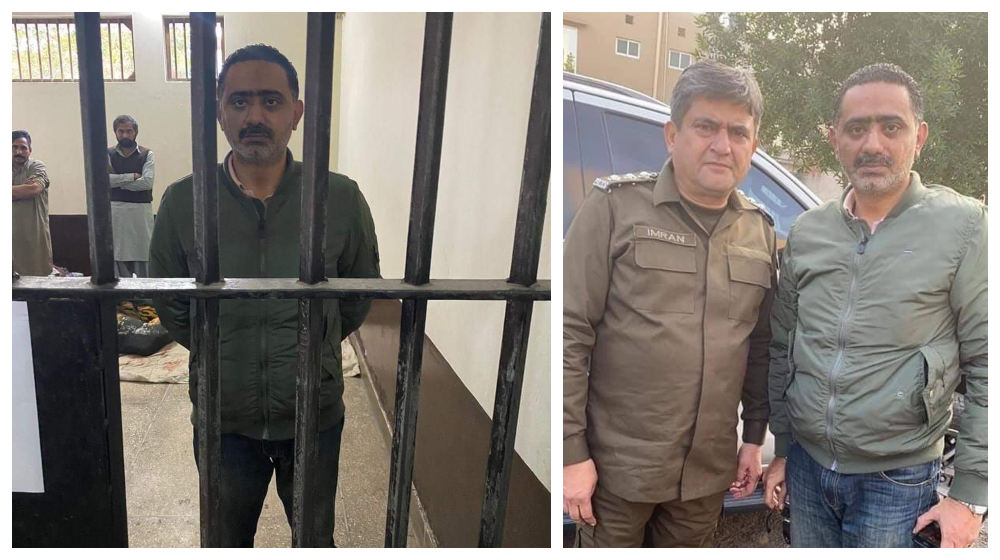 Social media is a powerful tool if used in the right way. Aqeel Mirza, the assaulter who was seen torturing a common man after coming out of his luxury car has been put behind the bars after his video went viral on social media.

Lahore Police has arrested Aqeel Mirza who kicked Gulshan Shehzad and pointed his gun at him in anger. According to Aqeel’s statement, he got angry when the driver of the car that hit his Fortuner misbehaved and beat him on the road.

LEH-17-8931 reportedly this vehicle belongs to Aqeel Mirza,a man hitting a poor defenceless man straight in his face & rebukes him mercilessly.Whatever the matter was,does anyone has a right to humiliate someone on the road with a gun & boots?state?security? pic.twitter.com/wkCvLZpVct

According to the reports, the culprit was identified from his car’s registration number. Police raided his house on Sunday afternoon, however, he wasn’t there and was arrested later.

DIG Operations has directed both Aqeel Mirza and Gulshan Shehzad against appearing on media. Chief Minister of Punjab, Usman Buzdar has also taken notice of the matter, seeking a report from the DIG Operations.

Social media users have expressed their satisfaction after the arrest of Aqeel Mirza and it was one of the top trends on Twitter last night. Here’s what the people are saying:

Finally Aqeel Mirza, who insulted and thrashed a citizen in Lahore is arrested.

The case of Aqeel Mirza proves that banks and other corporate entities need to properly vet their employees and be vigilant about their social behaviour. Each employer hiring senior personnel risks having their repute tarnished by reckless behaviour.

Aqeel mirza silk bank branch manager who was seen in a video beating a helpless man is now behind bars
But Kab tak ?
Powerful gets away
While they helpless is beaten up every day . #AndTheMadnessContinues pic.twitter.com/kSUDEh38VS