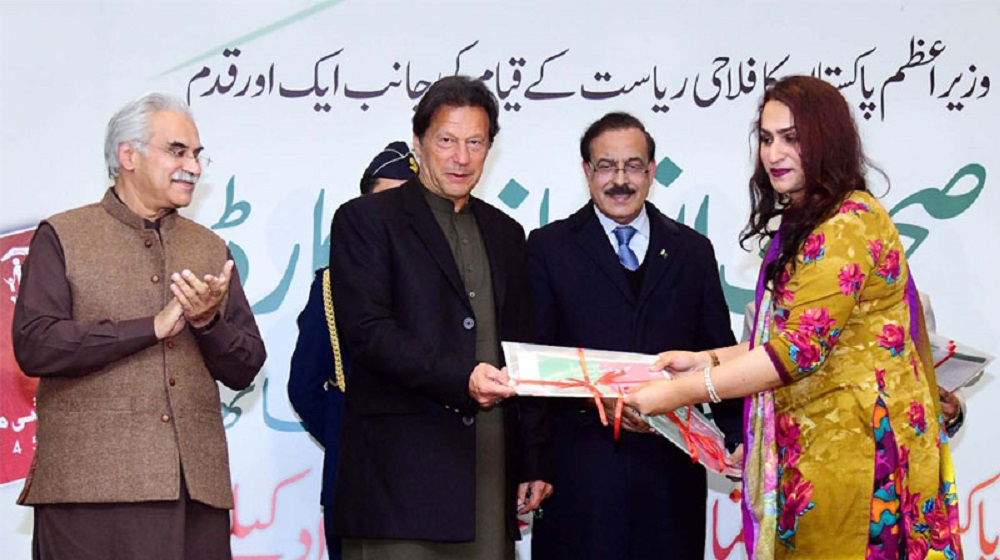 Prime Minister Imran Khan has launched the Sehat Sahulat Program for the transgender community, a first in Pakistan’s history.

He regretted that the previous governments never took responsibility for the most vulnerable sections of society, including transgender people. He said the government believes in serving all segments of society without any discrimination and provision of health cards to transgender people is a manifestation of this commitment.

The prime minister said the government decided in difficult economic times to help the weak segment of the society by giving them health cards. He said that he is fully aware of how expensive cancer treatment is and this card is important and a step forward to facilitate the poor and transgender community.

He further stated that it is very difficult for poor people to afford health expenditures and the government is facilitating them through Sehat Sahulat Cards.

The initiative will cater to the individuals of the transgender community registered with the National Database and Registration Authority from the Islamabad Capital Territory, Azad Jammu and Kashmir, Gilgit-Baltistan and all other provinces.

A handout of the Prime Minister Office stated that the federal government (Ministry of National Health Services, Regulations & Coordination) along with participating provincial and regional governments is working for the social health protection initiative of the Sehat Sahulat Program through the provision of Sehat Insaf Card.

Imran Khan also appreciated Dr Zafar Mirza for floating the idea for extending such facility to the transgender community, saying they had been facing a myriad of social problems.

The program offers financial protection to the poor and vulnerable families against extraordinary healthcare expenditure for in-door treatment at impaneled hospitals across the country in order to reduce the financial burden on them in a dignified manner.

While commenting on the economic turnaround, the prime minister said the government’s focus in 2020 will be to create employment opportunities. He claimed that 2020 will be a year of progress.