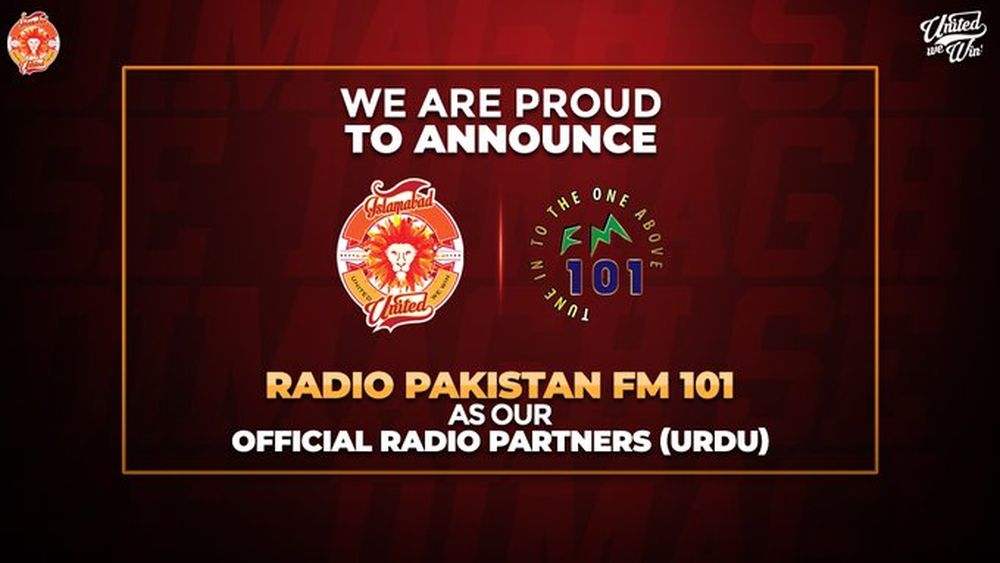 Now that the squads and schedule for the Pakistan Super League (PSL) 5 are finalized, it is time for sponsorship announcements and anthem releases.

While the anthems will be released a few weeks before the start of the league, the announcements for sponsors have started coming in.

After Karachi Kings’ deal with the Pakistan International Airlines (PIA) as official airline partner for the 2020 edition of the league, Islamabad United have signed Radio Pakistan FM 101 as their official Urdu radio partner.

Islamabad United will be seen in action in the tournament opener on 20th February against Quetta Gladiators at National Stadium in Karachi.

You can see the full PSL 5 schedule here:

PSL 2020 Schedule Announced, Lahore to Get the Most Matches

The final of the premier T20 event is scheduled in Lahore on 22nd March 2020.