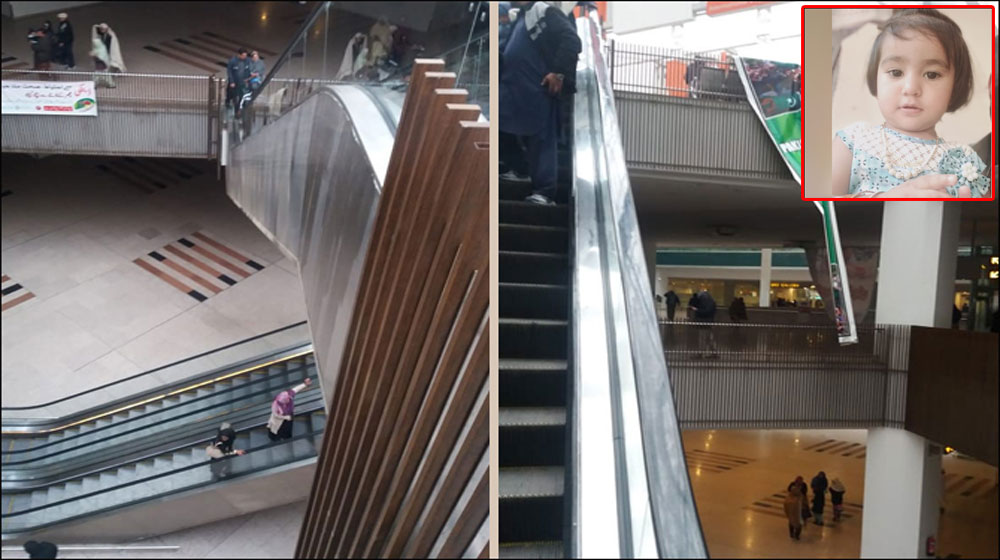 The incident occurred on Monday when Anaya fell from her mother’s lap while she was on the escalator. The minor girl dropped on Level II from Level III (a height of about 12 feet) and received fatal injuries on her head. She was hurried to the Pakistan Institute of Medical Sciences (PIMS) Islamabad but succumbed to injuries on the way. PIMS doctors pronounced her dead on arrival.

Taking notice of the unfortunate incident, the federal minister has sought complete detail of the incident from the airport manager. He has directed the administration to put protections around the elevator to avoid any such incident in the future.

Expressing grief over the precious life loss, the aviation minister offered Fatiha for her and prayed for the family of the victim.