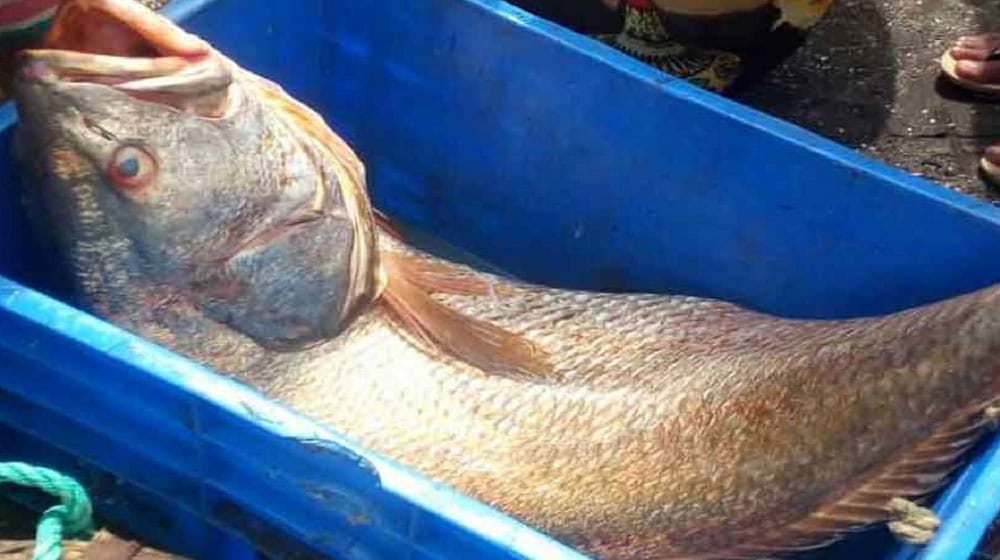 Fishers of Karachi’s Ibrahim Haidri have caught a couple of fortune-turner marine fish near the coast of the Arabian Sea.

As per media reports, the fishermen of the area were on a routine fishing trip when they found two black-spotted croaker fish or Arabian Sea meager fish in the pile of fishes after pulling out the net from the sea.

Each of the fish costs around Rs. 2 million with their combined worth crossing 4 million, reports state.

Man Sells Rare Fish From Gwadar for Over One Million Rupees

Experts say that the Arabian Sea meager fish is a rare breed known for its use in the production of several medicines. The fish is so precious not because of its meat or skin, but a particular type of material found in its stomach. Pharmaceuticals use this matter to produce surgical items.

The croaker fish is famous for its medical use and comes near the coast only during the current season for breeding.

Spanish Hunter Pays $83,500 to Kill a Markhor in Gilgit

As per an Environmentalist, Suleman Abdullah, the exquisite fish carries a special bouncy layer in its body, which helps her float on the surface. This layer is used to produce surgical threads used in internal surgeries. These stitches automatically decompose in the body within a few days

It is worth mentioning here that in 2018, a fisherman had auctioned a 41-kilogram croaker fish for 1.1 million rupees.