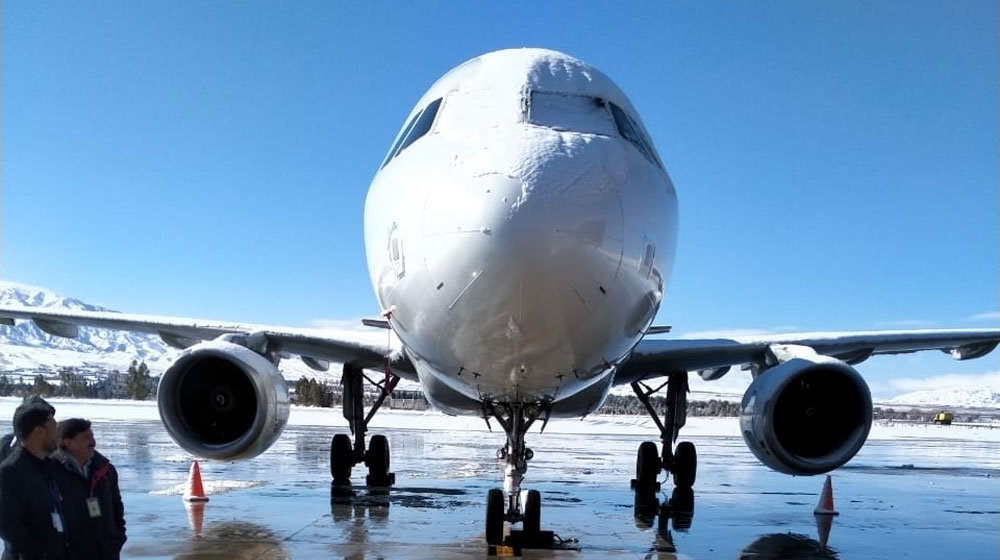 The officials of the Civil Aviation Authority (CAA) have said that several flights at the airport were delayed, redirected, or canceled due to low visibility.

As per reports, four domestic and local flights were canceled, while six others were delayed due to dense fog.

Heavy Snowfall Disconnects Chitral from The Rest of Pakistan

The prevalent foggy weather also disrupted vehicular traffic at certain sections of the highways and motorways in Punjab. Under the directives of the National Highways Authority (NHA), several sections of the motorway in the province were temporarily closed to avoid any untoward situation.

A spokesperson said that the Khanewal-Multan section was closed due to low visibility, whereas, the traffic on highways in Jacobabad, Pattoki, Okara, Sahiwal, and other areas was also affected.

Not much will change on Wednesday, as per a Pakistan Meteorological Department (PMD) report, which says that cold and dry weather is expected in most parts of the country, with parts of north Balochistan expecting freezing weather.

Similarly, cloud cover with light rain and snow is expected in parts of Gilgit Baltistan (GB) during the next twelve hours.

The minimum temperatures recorded in the provincial capitals of the country are listed below: