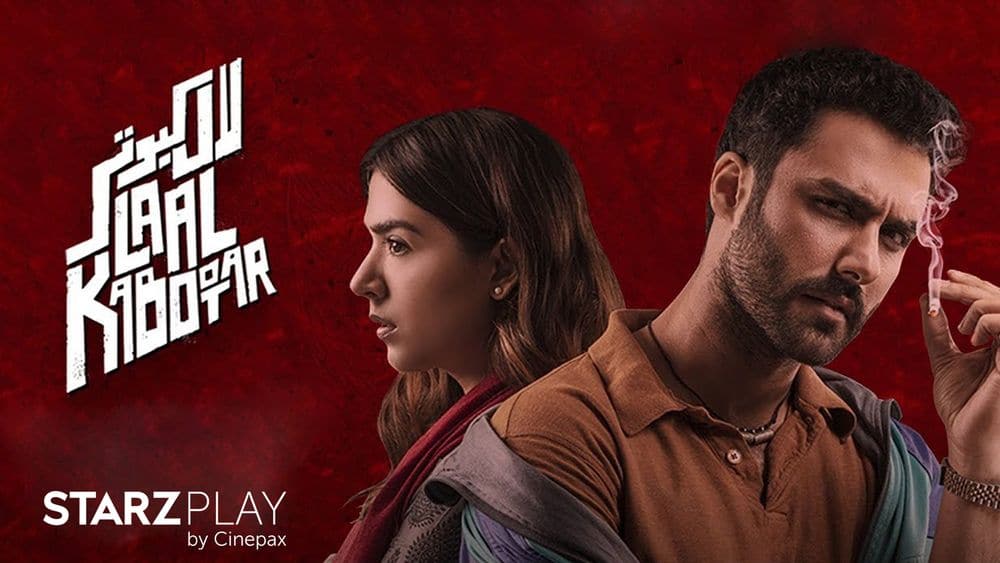 Laal Kabootar, one of the most acclaimed movies to have come out of Pakistan recently is available to stream on the StarzPlay by Cinepax app and website.

StarzPlay by Cinepax is one of Pakistan’s leading streaming services and has an impressive catalogue of blockbuster Hollywood movies, TV shows, documentaries, kids entertainment, Pakistani films and web-series. StarzPlay by Cinepax has been promoting Pakistani movies and local content since its launch.

Besides Laal Kabootar, the service also has Motorcycle Girl in its impressive Pakistani content library. Motorcycle Girl is based on the inspiring true story of Zenith Irfan who follows the dreams of her father and becomes an overnight sensation by traveling from Lahore to Khunjerab Pass on her motorcycle, all by herself. You can watch a trailer of the movie here:

In 2019, StarzPlay organized the biggest short-film competition in Pakistan which established a platform for local and international film makers. The competition garnered a massive response and received 3000+ submissions from 50+ countries.

Machinepur, Aik Piyaali Chai, Aakhri Lift, Buray Phansay, Magic Play and The Wireless were notable entries among the vast number of short films received. The winner of the competition has been awarded a lucrative contract to produce an original StarzPlay by Cinepax web-series which is currently under production.

Catch a glimpse of the selected short-films here:

This was a milestone moment for StarzPlay to have a Pakistani production comprising of known and young actors from the industry. The trailer of Kaash Keh can be viewed here:

The StarzPlay team is super excited about Laal Kabootar coming to its platform. It is a dark, gritty and thrilling crime drama starring Mansha Pasha and Ahmed Ali Akbar. The film portrays Karachi like you’ve never seen it before on film as both characters navigate the dark underbelly of the city. Laal Kabootar was not only chosen to represent Pakistan at the Academy Awards in 2020, but also won the Best Feature Film Award at the Vancouver International South Asian Film Festival 2019 and the Archana Soy Audience Award for Best Feature Film at the Tasveer South Asian Film Festival 2019 in Seattle.

You can view the Laal Kabootar trailer on this link:

StarzPlay’s vision is to be Pakistan’s most accessible and go-to streaming service. We have enabled direct carrier billing which allows users to pay for the service via their Jazz and Telenor mobile balance. StarzPlay is also available on PTCL Smart TV. Considering the local audience, we are continuously enriching our platform with latest Pakistani films and the launch of Laal Kabootar reflects this.

The StarzPlay by Cinepax app is available for both Android and Apple devices on the Play Store and App Store respectively. It’s also available to download on the Huawei AppGallery and can be accessed online via www.starzplay.pk